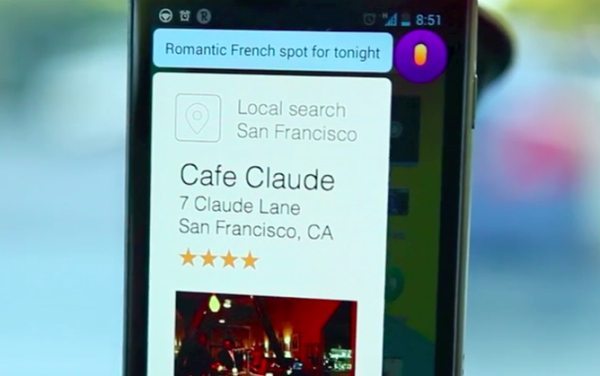 Looks like Marissa Mayer will be releasing a new Siri-like voice assistant app with new innovative technology, a new Daily Motion videos was released but has since been pulled after showing this app in all its glory.

Apple as we know has Siri, Google has Google Now, Microsoft is apparently going to add Cortana voice assistant to Windows Phone 8.1 and now Yahoo does not want to be left in the cold, they want some of the voice assistant pie.

The video is being shown over on Android Police is very good indeed, it shows a man driving a car with his phone mounted under the rear-view mirror, he simple talks and the phone answers. He knows he is going to be late meeting Jessica so he asks the Yahoo app to send her a text message. What is good is when he says he will be 30minutes late, then he says “Please change 30 minutes to 40 minutes” and the app corrects it and then sends.

The phone appears to be a Nexus 4, it could be a Nexus 5 we are not too sure. It looks like to us that the Yahoo voice assistant app is floating over the top of other apps running.

Apparently the app knows when you are in the car when the car starts, not sure how that works but guess we will all learn more about it soon. According to TechCrunch the Yahoo app is the real deal, it is a fully functional product built on the startup’s “white-label” voice assistant platform. Yahoo does not apparently commission it; we will let you know more soon.

In a nutshell it is not really Yahoo’s app but yet it is, ok it is not.

What do you think about the new Yahoo voice assistant app so far?