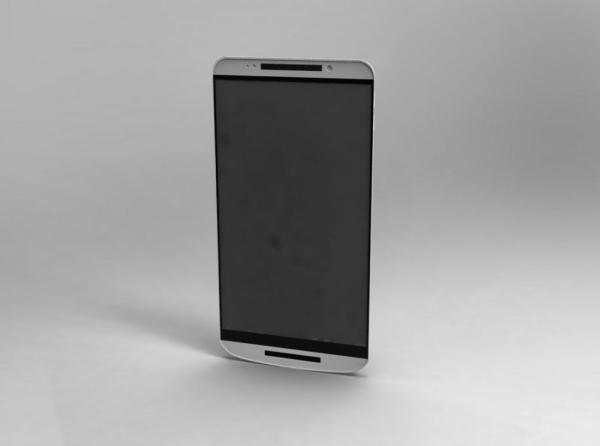 Over the last couple of months we have been hearing a lot of news about the next flagship smartphone to come from HTC, which is expected to arrive in the coming few weeks. Today we have an HTC One+ render that shows a design from the various spec leaks that have appeared.

Yesterday we heard that the next flagship HTC smartphone could be called the HTC One+ and only be a slight upgrade from last year’s handset, and the image that you can see on this page is a concept phone from Jermaine Smit who has recently provided us with designs for the Samsung Galaxy S5 and Galaxy Note 4.

This is a design in progress and the designer expects the actual device to look pretty similar to the HTC One but wants to make some slight changes to it. The smartphone is claimed to feature a 5-inch Full HD touchscreen display and powered by the new Qualcomm quad core Snapdragon 805 processor.

It is thought the device will only come with 2GB of RAM but hopefully HTC will push this up to 3GB, and previously it was claimed the battery will see an increase to 2,900 mAh which would help the device to cope with the increase in RAM.

Camera wise it has been claimed that we are again looking at UltraPixel technology but with either a 6MP or 8MP sensor. The device is expected to debut the new HTC Sense 6.0 Android overlay that is not due to land on existing handsets until the later stages of this year.

Tags Concept PhoneHTC One Plus

One thought on “HTC One+ render shows design from spec leaks”