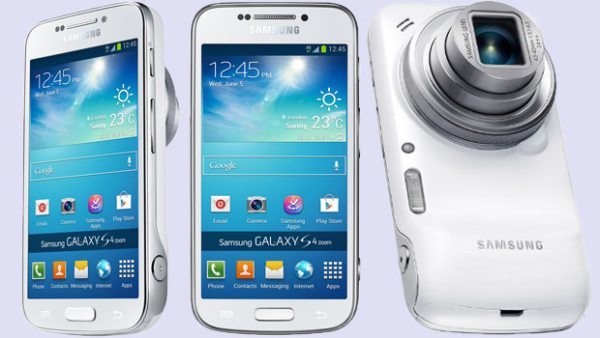 When it comes to smartphone choice in India there is a massive selection to choose from, when it comes to reasonable pricing the Samsung Galaxy S4 Zoom and Huawei Ascend P6 for India are very good indeed.

Both Samsung and Huawei smartphones are highly respected when it comes to its smartphone portfolio, offering both top features and design with an affordable price to boot.

Before we compare the specs between the two handsets we lets get straight to the pricing, the Huawei Ascend P6 price is around Rs.25,099 and the Samsung Galaxy S4 Zoom (C1010) is a little more expensive but not much at Rs.27,999.

When it comes to the processor they both provide 1.5 GHz, but the Huawei Ascend P6 is running Quad Core and the Galaxy S4 Zoom runs Dual Core — Looks like Huawei has won this as well.

Both smartphones come running Android 4.2.2 Jelly Bean OS, the battery is a little bigger on the Samsung Galaxy S4 Zoom at 2330 mAh, and the Ascend P6 has a 2000 mAh battery — Samsung wins this one.

When it comes to the memory the Samsung Galaxy S4 Zoom C1010 has 8 GB internal with the option to expand up to 64GB using the MicroSD card slot, and it has 1.5GB. The Huawei Ascend P6 also has 8GB internal but expandable only up to 32 GB with 2 GB RAM — Would have to choose the Samsung here just because it can potentially have more memory through expansion.
The Huawei Ascend P6 has a 8 MP camera and the Samsung Galaxy S4 Zoom C1010 has a bigger 16MP camera.

Do you prefer the Samsung Galaxy S4 Zoom or the Huawei Ascend P6?