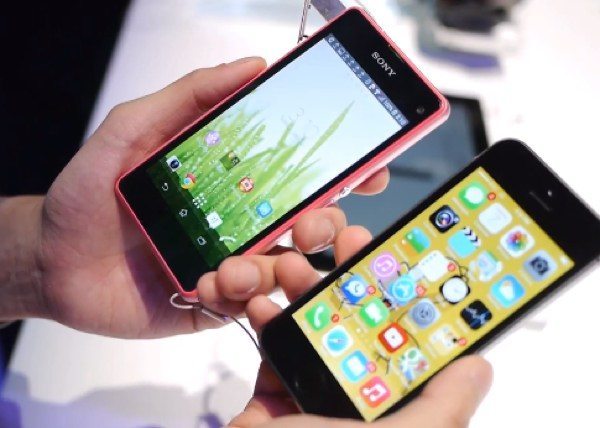 It says something about Apple iPhones at the moment that a mini edition of an Android smartphone still has a larger display than that of the iPhone 5S. Of course not everybody wants a massive screen, and as the display of the Xperia Z1 Compact at 4.3-inches is not much bigger than the 4-inch display of the iPhone 5S, these phones could be good competition against each other.

If you are open-minded about the choice between Apple’s iOS and the Android operating system there’s a chance you might be choosing between these two devices. The Xperia Z1 Compact release date has not yet been confirmed, but it’s expected to arrive in Q1 so it might be here very soon.

Another thing to remember is that although the Xperia Z1 Compact is a mini Z1 it still has virtually all of the same top-notch specs of its larger sibling. The 2-minute YouTube video below was take at CES 2014 and shows a hands-on look at the Xperia Z1 Compact and iPhone 5S and begins with a look at how the overall sizes compare.