iPhone 6 design lets you record video and listen to music 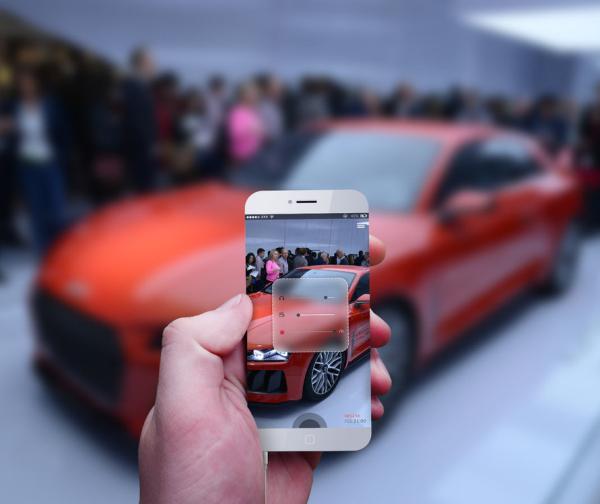 We have seen numerous iPhone 6 concepts in recent weeks as designers give their insight to what Apple may provide later in the year, with some of the designs being pretty farfetched while others are closer to reality. Today we have an iPhone 6 design idea that lets you record video while listening to music.

The image that you can see on this page is a concept phone idea that is the work of by Deviantart user CFT0, which is a little different to what we have seen before in terms of software features on the handset.

This device features an edge to edge display that looks to be around the 4.5-inch mark, but the main idea of the device is to allow users to record video while listening to music without interfering the audio of the recording.

Other than that we have a stylish looking handset that would continue the aluminium build history of the Apple smartphone, and we could expect to see an improved processor along with other specifications all getting a bump up.

Would be nice if Apple could add the option of memory expansion but this is highly unlikely, but if they did provide an iPhone 6 with an edge to edge display let’s hope that the device would be strong enough to withstand damage from keys or coins that could come into contact with the device.