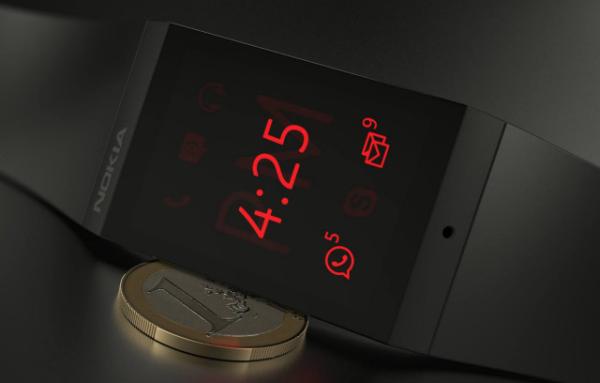 The jury is still out on the future of smartwatches and whether it will just be another passing fad especially going on what is currently available in the market, but the Nokia smartwatch design we have for you today is visually stunning.

There have been rumours in the past that Nokia were working on its own smartwatch device, but until we hear something official we will have to make do with the concept designs that keep appearing.

The image that you can see on this page is the work of Phone Designer who has placed a number of images onto their Facebook account of what a Nokia smartwatch could look like. The design has a minimalist look and feel unlike the bulky Samsung Galaxy Gear, although a new slimmer version has been promised soon.

This device has been designed to accompany a smartphone by acting as a notification centre, so it will alert the owner of text messages, emails, Skype notifications, and incoming phone calls. There is also some audio options built in and there are some charging pins on the rear for wireless charging capabilities, and is made of some sort of polycarbonate type materiel.

This is not the first Nokia smartwatch concept design we have seen as previously we have provided you with the Nokia Lumia design, and more recently the Lumia 101 with a flexible display.

Would you buy a Nokia smartwatch if it looked like this?