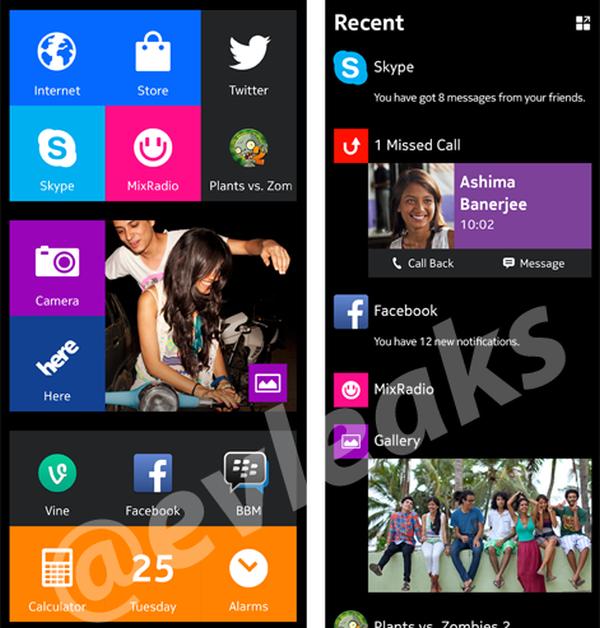 There is a good chance that in a few weeks time the smartphone world is going to see its first Nokia smartphone running some sort of Android software, and now a new leak hints at the Nokia Normandy launch date.

We have been seeing a number of images leak in recent days of a handset going under the name of Nokia Normandy, which is believed to be running a special Nokia version of the Android operating system.

The image that you can see on this page is the latest leak about the handset from serial tipster’s evleaks, and just like a previous leak it has a date of the 25th showing on the screen shot. Now there is a chance that this could mean that the device will be unveiled on Tuesday 25th of February which would fall in line with previous rumours that have suggested that we will see the device at the Mobile World Congress 2014 in Barcelona, Spain.

But a previous leak by evleaks has a date of Tuesday March 25th displayed on a screen shot, so maybe the device will see an unveiling at the MWC 2014 event and actually be released to consumers one month later on the 25th of March.

Until we see something official we won’t know the full details of the handset that looks like an Asha device but running a special version of Android in a similar fashion to the Amazon Kindle Fire range of devices.