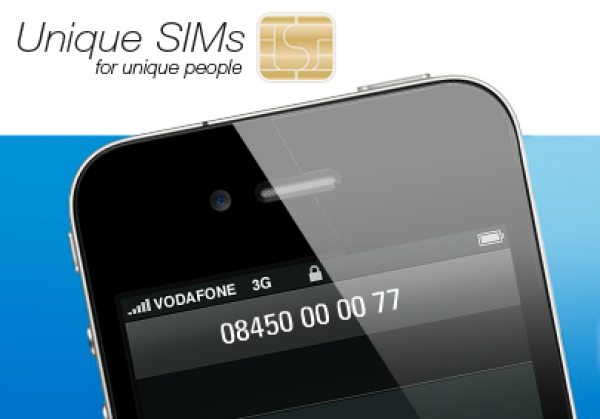 What will the future hold for the UK and mobile phones? Unique Sims explores the options that could be made available to the UK public when number availability shortly becomes limited.

Some even speculate that mobile numbers will no longer be required in the future, nor will there be a requirement for a SIM card. User ID’s could replace the mobile phone number, or the number and SIM card will be programmed into an internal circuit board rather than an inserted one.

Could you imagine a future world using your QWERTY keyboard on your smartphone to connect to the receiver? It would be great if you managed to secure your name – Ben, for example, although if you happen to be the 10,000th person called Ben trying to obtain a user ID, it would probably look something like this – Benjamin19478.

Some would argue you would save the user ID into the phone’s storage, which wouldn’t be ideal for businesses on point of sale marketing, unless able to obtain a memorable business user ID of course, the same scenario as above would occur and certainly not looking very tidy should you be the unfortunate one to only be able to obtain a less than memorable ID.

Mobile Number Facts
– There are a staggering 700,000,000 Mobile numbers that have been already allocated to large and small Mobile Operators.
– By the end of 2013 there were more mobile phone connections (75,750,000) that the total population of the UK.
– This equates to approximately only 10.5% of mobile numbers being used.

This begs the question: why are there some many mobile numbers dormant or not in use across all operators?

Mobile Number Recycling Process
Mobile operators are under increasing pressure by Ofcom to utilise in-house allocations of prefix ranges but from the network’s perspective the current processes involved to complete the cycle of issuing is very lengthy. One solution would be to better manage the existing distributed numbers, and those in circulation, on internal databases. Various methods are currently used but these differ across mobile operators as it is ultimately their choice how they wish to manage these allocated prefix ranges.

Some mobile operators assign the mobile number at point of activation, others distribute vast amounts of PostPay and PrePay SIM cards across UK wholesale and retail outlets with mobile numbers assigned to the SIM.

These SIM cards may never become activated therefore expiring after a period of 12-18 months. The numbers would then begin a recycling process; a process, which could take several months to complete if not years prior to reissuing. Some mobile numbers may never be reissued, thus contributing to a shortage of readily available mobile numbers.

Maybe you might want to check out Unique SIMs, if the UK for some reason runs out of numbers you could use them seeing as they are one the leading providers of customised mobile phone numbers.