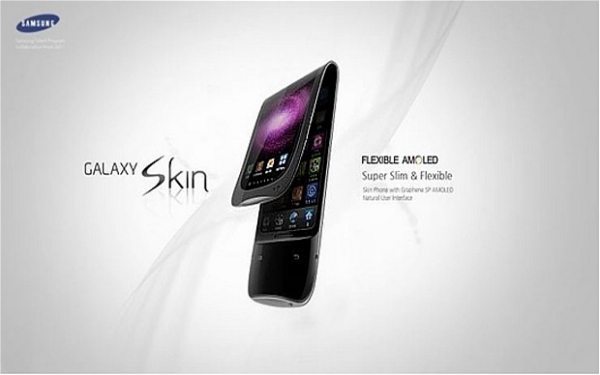 Back in 2011 there were reports of a new smartphone called the Samsung Galaxy Skin with a special AMOLED display made with graphene material, this is said to be the flexible foldable phone. So far we have heard no more of it until now and could see a 2015 release possibility.

The Samsung Galaxy Skin (Watch Video Here) was said to come with specs such as 1GB RAM, 1500mAh battery, 4-inch flexible AMOLED display, 8-megapixel rear facing camera with a VGA on the front, as well as a 1.2GHz processor and 16GB and 32GB. Now to be brutally honest this handset with these specs would not cut it in this market, even the mid-range phone comes with key specs like this.

Behind CES closed doors, Samsung was apparently showing a new foldable AMOLED display, ETNews reports that Samsung showed off a new 5.68-inch high resolution prototype display, it apparently has a new plastic substrate, which basically means there could be a paper thin display would be flexible. 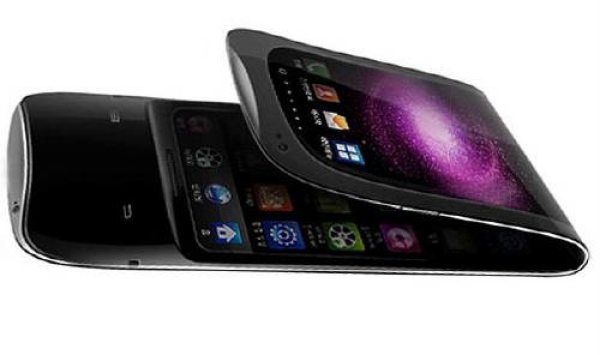 This could possibly mean that the Samsung foldable AMOLED smartphone could be the Samsung Galaxy Skin.

This time the display is released by 5.68 inches in size using a plastic substrate, an active (AM) organic light emitting diode (OLED) multiple. Degree of film polyimide (PI) using a paper-like substrate is thin and is characterized by folded extendible.

Do you think the Samsung Galaxy Skin with more powerful specs and materials could actually release in 2015?