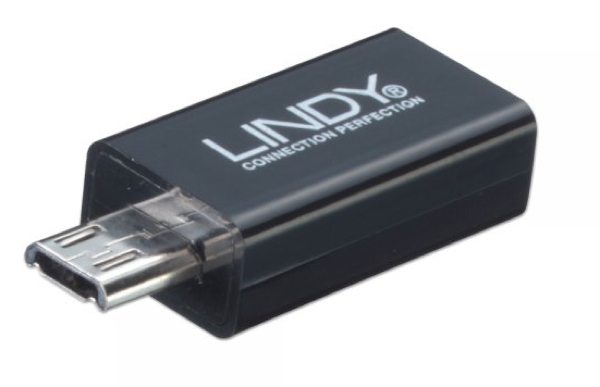 Connecting a mobile device to a TV or similar HD display should be easy, but despite existing industry standards such as MHL and SlimPort, LINDY Electronics says it isn’t always as simple as it sounds.

Ok, yes there are smartphones out there such as the iPhone that can connect to your TV display using the likes of Apple TV, but people want the cheap option with an accessory and below we have three for you to choose from.

“The problem is that the two main technologies both use a Micro USB connection and therefore physically look the same, but that’s where the similarities end,” says Owen Haigh, Senior Product Manager of LINDY Electronics. “The only way for a user to know which cable or adapter they should be using, besides calling LINDY of course, is from the device’s manual or manufacturers support site, which frequently isn’t that clear.” 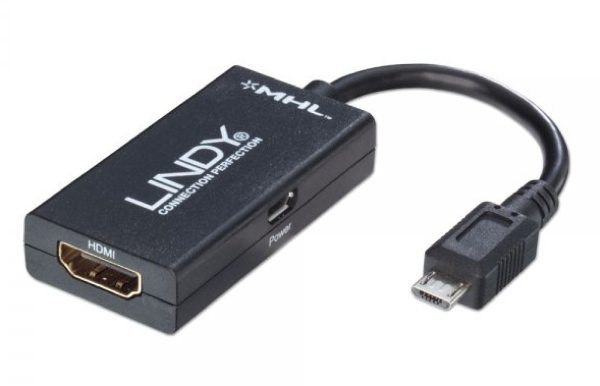 MHL (Mobile High-Definition Link) was introduced to provide an easy way to output videos and pictures from a mobile phone to a HDMI display. Originally, all manufacturers used the standard 5-pin Micro-USB connection, and then in order to provide additional functionality, such as the simultaneous use of MHL and USB OTG (On-The-Go), Samsung introduced the 11-pin design. Look carefully between a 5 pin and 11 pin Micro USB connection and without twenty-twenty vision it’s hard to see the difference.

In addition, there are two generations of MHL products currently in the market, with a third on the way.

Original MHL devices (v1.0) supported 1080p 30Hz video, compared to 1080p 60Hz as offered by devices such as the Galaxy S4 or Note 3, which support the most recent (v2.0) MHL technology. In order for users to get the most from their devices they need an adapter compatible with the technology used on their device. The next release of MHL (v3.0) is already being worked on and will offer 4K UHD video transmissions from a mobile device.

The situation has been further complicated by the introduction of SlimPort/MyDP, a competing technology that can be found on a variety of Google’s devices, including the Nexus 7 (2013), Nexus 4, Nexus 5 and HP Chromebook 11, which goes back to 5 pins. Simple then? Well not quite. 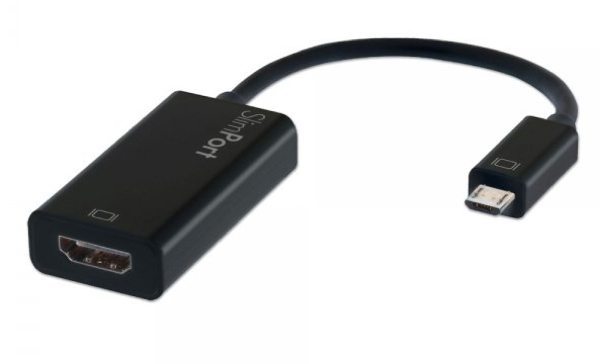 SlimPort is based on the DisplayPort standard as opposed to the HDMI Standard that MHL is based upon, yet both technologies use a standard Micro USB connection for video output from your mobile device. So from a physical connection point of view the ports are the same, but if the user doesn’t use the correct cable or adapter for the technology/standard used by their mobile device it simply won’t work, even though it fits perfectly.

For some time now consumers have been calling for manufacturers to standardise on the different connections. With the ubiquitous use of Micro USB, device manufacturers could argue they’ve listened, but for the tiny detail that the only thing standard is the shape of the connector, causing more confusion than ever. Until a better solution arises all consumers can do is rely on the expertise of companies such as LINDY to advise them on making the right connection choice.

Would you buy one of these Lindy adapters to connect your smartphone or tablet to the big screen?