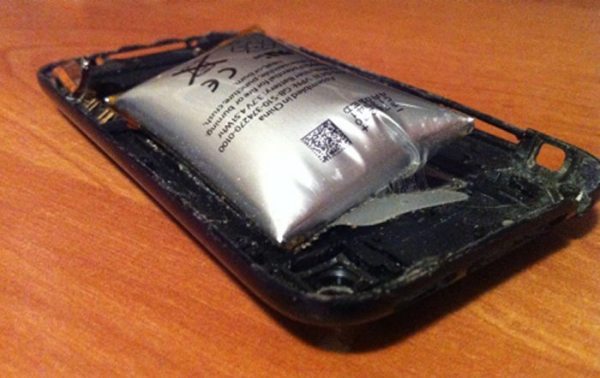 Smartphones go wrong, sometimes they have software issues and of course hardware problems occur as well — But when the iPhone 3GS battery-expanding problem occurred it came as a shock because this could have been very serious indeed.

We all know smartphone batteries can explode when left on charge overnight, so we all take precautions for this not to happen. But, looking at the photos shown here of an iPhone 3GS with its battery expanding like a balloon on the border of exploding is frightening.

There was a small case of the Samsung Galaxy S4 battery swelling up, but the battery ballooning to the extent of nearly exploding on the iPhone 3GS is super dangerous and could potentially harm somebody.

Phones have bursted into flames because of battery issues, but it is even worse if one explodes. The iPhone 3GS you can see here comes via website writer over on Letem Svetem Applem, he said that he owned the phone since 2009 and had no problems at all, but then all on its own the battery ballooned right up to double its normal size, which cracked his iPhone 3GS.

Apple’s European office contacted the owner, investigations will probably get under way because this is serious to say the least. Phones Review has never seen a battery balloon like this on an iPhone 3GS.

Has your smartphone battery ever ballooned up like the one shown here?