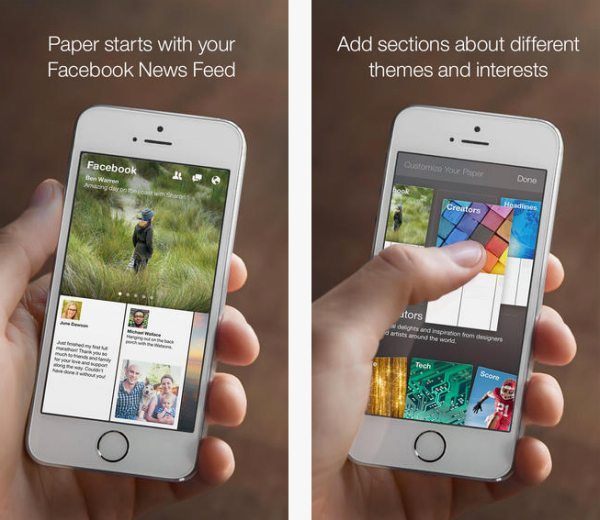 The new ‘Paper — stories from Facebook’ app went live and already there seems to be streams of download problems occurring, it does not happen to many applications that are released but the Facebook Paper app has become highly popular indeed upon release.

Is the new Paper app all about Facebook? In a way it is not about the social networking site itself but more to do with news stories and media, even though you can include your own FB feed into it.

The app is stunning the way it has all been laid out, in a way it is a cross between Facebook Home, Google Current and to some extent Flipboard, some might even say it is one of those Android Launchers via third parties. Even thought the app is called ‘Paper — stories from Facebook’ everyone knows it simply as ‘Facebook Paper’.

It is basically the new Facebook, a new way of accessing news feed with the Facebook general in the back, still feels the equivalent though but better.

The Facebook Paper app is not available in the UK and is not available for Android users, there has been no confirmation of release dates for other countries and not entirely sure when it will be coming to those on Android.

Facebook Paper app main features include the ability to check out stories via your very on Facebook news feed, but this time you get a stunning layout. Users can customize how they feel fit with their best interests and themes, the whole design and layout is stunning.