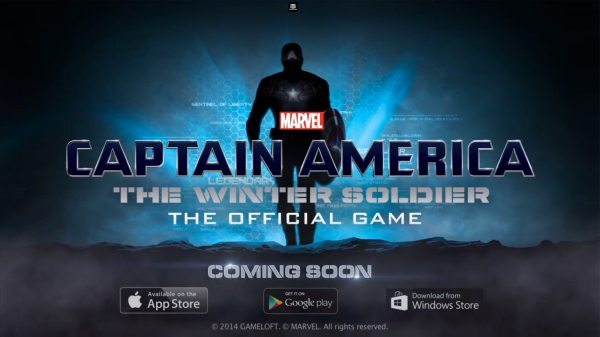 Games based on movies do not normally pan out ok when it comes to graphics and gameplay, there has been Thor The Dark World, The Avengers and even Iron Man 3, and even though these games were ok they were never what you call amazing out of this world games — So, bow is the turn of the new Captain America: The Winter Soldier app release for mobile.

Marvel and Gameloft have worked together for years, and now they are joining forces once again to release the new Captain America sequel game, it will be released on iOS, Android and Windows Phone mobile devices this spring.

The only thing we know about the game is the Captain America: The Winter Soldier official gameplay teaser video below. In a way it looks like Borderlands, it has the cartoon look and we like very much, it’s bringing the comic feel back into play.

Fight the Marvel villains by being Captain America leading the elite S.H.I.E.L.D team, the game will feature multiplayer mode, and contains the comic-book-style world.

The game will be free we are guessing with in-app purchases, the Captain America: The Winter Soldier mobile game will be released March 26th in Europe and April 4th in USA. Is this going to be another game that releases on iOS and the other platforms such as Android will have to wait a couple more months!

Are you looking forward in playing Captain America: The Winter Soldier on your mobile device?