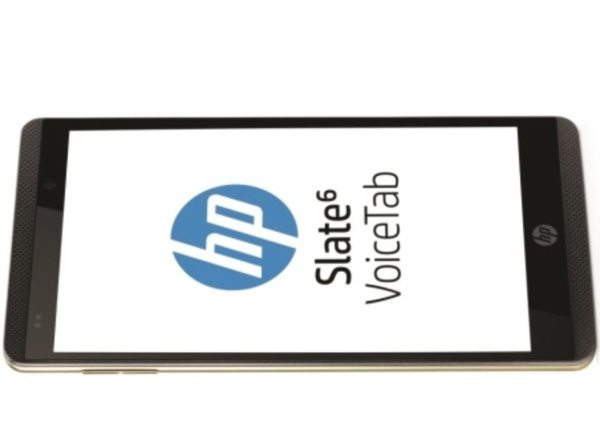 Back in January it was reported that a new HP Slate 6 phablet and Slate 7 tablet were heading for the Indian market for a launch in February. The HP Slate6 VoiceTab has now been launched and we have the price for India and more details ahead.

The device is now available both online and in stores at a price of Rs. 22,990. Slate6 VoiceTab specs include a 1.2GHz Marvel PXA1088 quad-core processor, 6-inch IPS LCD display with resolution of 1280 x 720, 1GB of RAM and 16GB of internal storage, expandable via microSD to 32GB.

Dimensions of the Slate 6 are 165mm x 82.6mm x 8.98mm and it weighs 160g. This is a dual SIM device, one regular and one Micro SIM, both supporting 3G connectivity. As an extra bonus HP is currently offering 3 months HP Connected Music service unlimited downloads for Slate6 VoiceTab buyers.

The Slate7 VoiceTab tablet has also been launched at a price of Rs. 16,990 and we’ll bring you more details on that later. What are your initial thoughts on the Slate6 VoiceTab price of Rs. 22,990? Is this a phablet device that you might buy yourself? We’re always interested to read your comments.