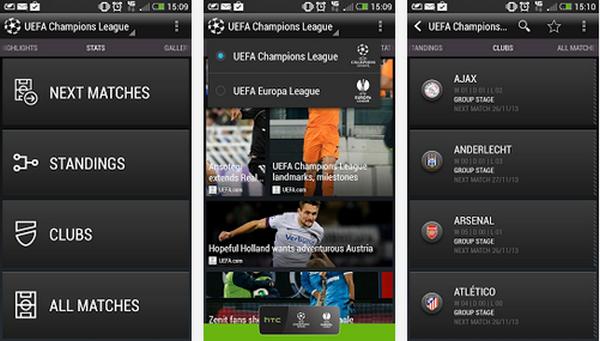 Football fans around the world can now keep up with all the happenings and latest scores for their favourite team via a huge range of mobile applications. Today we have news of the HTC FootballFeed Android app that has been updated in time for the knockout stages of the UEFA Champions League.

We are at that time of year again where the European football competitions resume with the knockout stages, and the HTC Football Feed Android app that was launched back in November has now been updated to reflect this.

The app has received a number of updates that also includes the UEFA Europa League with more languages now supported along with new more user friendly pages. The app now has a Live Dashboard that will provide users with a quick view of data from all the games currently taking place with on easy to view page.

There is a new standings page that has been added for the knockout stages for the UEFA Champions League and Europa League, which shows the teams left in the competition along with up to date scores.

The application is available for all makes of device running Android 4.1 or later and can be found over on Google Play.