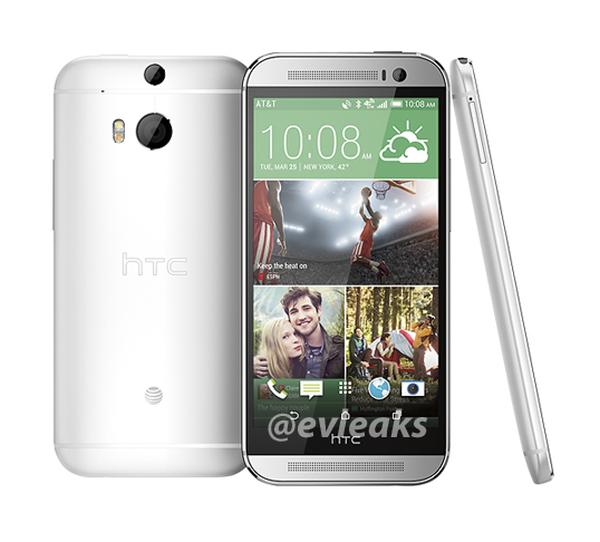 We are only a few weeks away now for the first flagship smartphone to be launched by HTC and the anticipation for the handset is growing daily. Now following another leak the new HTC One M8 AT&T release is extremely likely.

There have been loads of leaked images of The All New One recently that have included the device pictured out in the wild as well as a number of press renders. The source of many of these, evleaks, has again taken to its Twitter account to provide the image that you can see on this page.

As you can see it clearly shows some subtle AT&T carrier branding that almost confirms the HTC M8 release on the network, but of course you wouldn’t have expected the US carrier not to carry the handset going on the popularity of last year’s model.

Rumours have suggested that this year the handset will be slimmer and faster than the HTC One, while offering a larger Full HD display along with the welcomed feature of expandable storage via microSD card support.

The new HTC flagship also has twin rear facing cameras that is claimed to improve low light photo capture among other things. With the device set to be unveiled on the 25th of next month many consumers will be hoping the device is released shortly afterwards, and you would have thought the company would want it available ASAP to come around the April 11th release of the Samsung Galaxy S5.

Are you going to purchase The All New One?