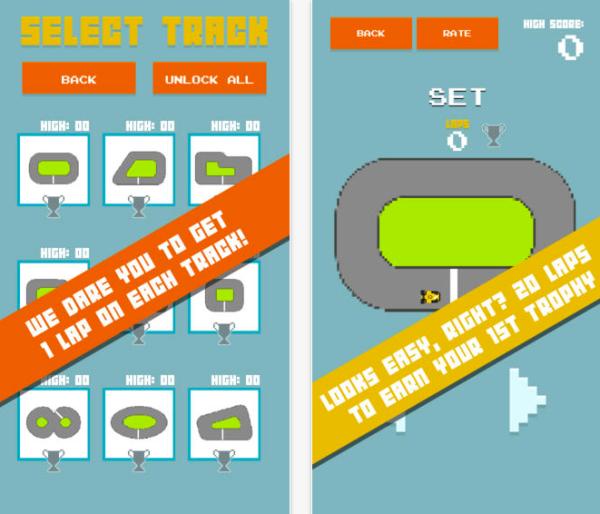 While there are huge numbers of modern games that offer breathtaking graphics and features, it is often the titles with basic graphics and simple gameplay that quickly become hugely popular, which is certainly the case for Squiggle Racer that is a simplistic retro Android and iOS game that was recently released.

This recently released game is already being compared to Flappy Bird for its hugely addictive nature, and will remind you of the days of 8-bit gaming from the 1980s with its basic graphics. What it losses out in graphics it certainly makes up with in gameplay which is frustratingly addictive.

The game uses the same sort controls as the likes of Flappy Bird as you quickly tap on the two directional controls to steer your racing car. It may take you a few attempts just to get around the first corner let alone complete a full lap, as crashing into the side will end the game.

When you do get good enough to complete laps more tracks are un-clocked in the free game, although an in app purchase can unlock all of them straight away, but where is the fun in that? It needs a combination of button tapping and holding to steer around the corners and even on the first oval track can be difficult at first.

If you fancy having a go of Squiggle Racer check it out free on the App Store or Google Play.