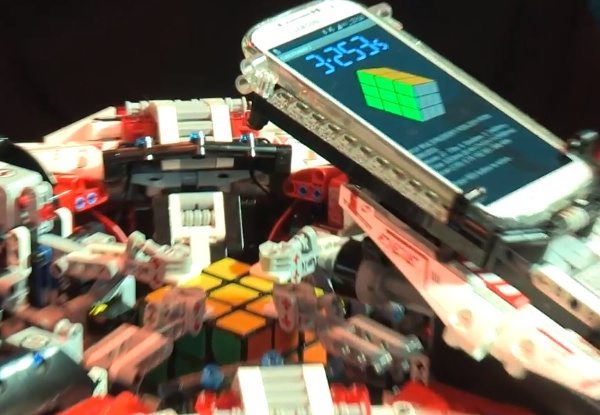 Many people were pleased to see the Samsung Galaxy S5 made official recently, but the Galaxy S4 still has plenty to offer. In a rather offbeat post on the phone we’ve heard that a Samsung Galaxy S4-powered robot has set a new Rubik’s Cube record. At the Big Bang Fair in Birmingham, England, a Lego and smartphone combination formed the Cubestormer 3 robot, and smashed the previous world record for solving a Rubik’s Cube.

You can check this out in the video below this story, but be prepared for speeds faster than the human eye can manage. Tell us what you think of this amazing achievement, all powered by a Samsung Galaxy S4.