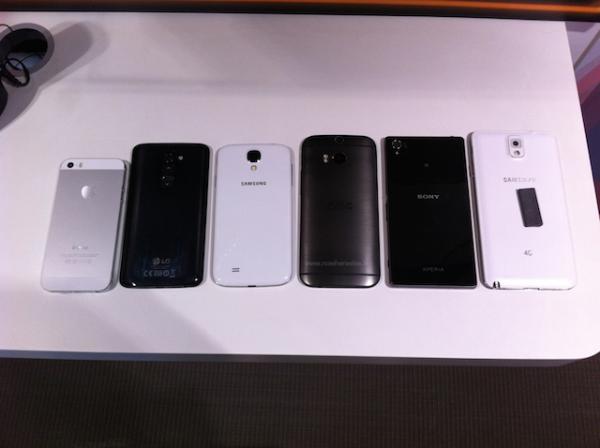 The new HTC One M8 hasn’t exactly remained a secret over the last couple of months with numerous leaks, and now ahead of its official release next week the device is pictured next to rival flagship smartphones that offers an early comparison.

The image that you can see on this page comes from the same source that recently provided us with the HTC One M8 pictured next to the HTC One Max. Now though the upcoming handset is sitting alongside many of its main rivals in the smartphone world. 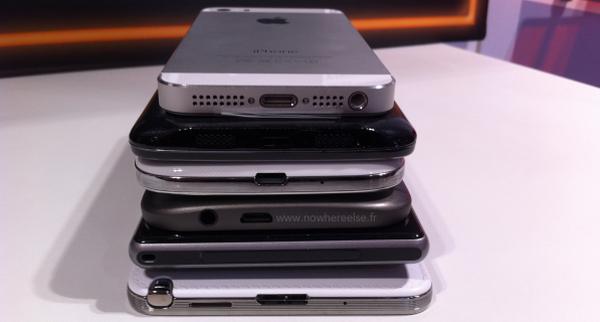 These include the iPhone 5S, Samsung Galaxy Note 3, Samsung Galaxy S4, Sony Xperia Z1, and LG G2, and the second image is showing the relative thickness of the handsets. This comes after we heard earlier that the handsets camera specs have leaked out thanks to the HTC One M8 paying a visit to the TENAA database in China.

We have also recently seen more details about the HTC Sense 6.0 Android overlay that will be launching with the handset that will be available for some to purchase next week.