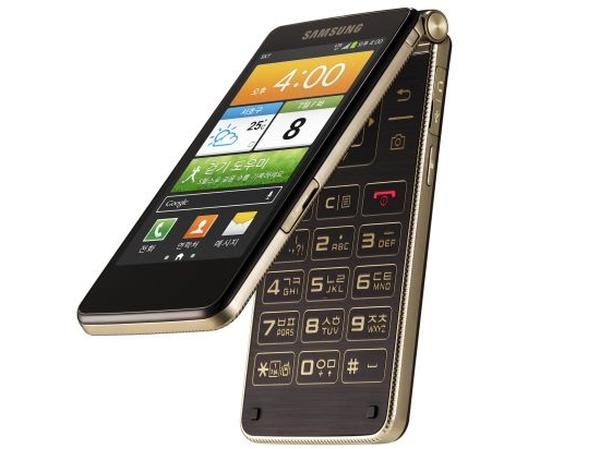 The Galaxy range of smartphones has been growing all the time with a variety of devices covering most needs, but the Samsung Galaxy Golden has now seen its priced slashed for consumers in India.

It was back in August of last year that we first saw the Samsung Galaxy Golden first appear but the handset then launched for India in October, and at the time the handset had an eye watering price of Rs. 51,900.

Now the Samsung Galaxy Golden price for India has been slashed to Rs. 29,999 via retailer Flipkart, and to recap the Galaxy Golden is a flip type handset with two 3.7-inch WVGA displays powered by a dual core 1.7Ghz processor with 1.5GB of RAM.

The device has an 8MP rear camera paired with a 1.9MP front facer with the device running the Android 4.2 Jelly Bean operating system, while there is 16GB of internal storage expandable up to 64GB via microSD card.

It remains to be seen if this price cut will see more consumers rushing out to pick one up.