Vivo Xshot AnTuTu record breaker to launch on May 7th 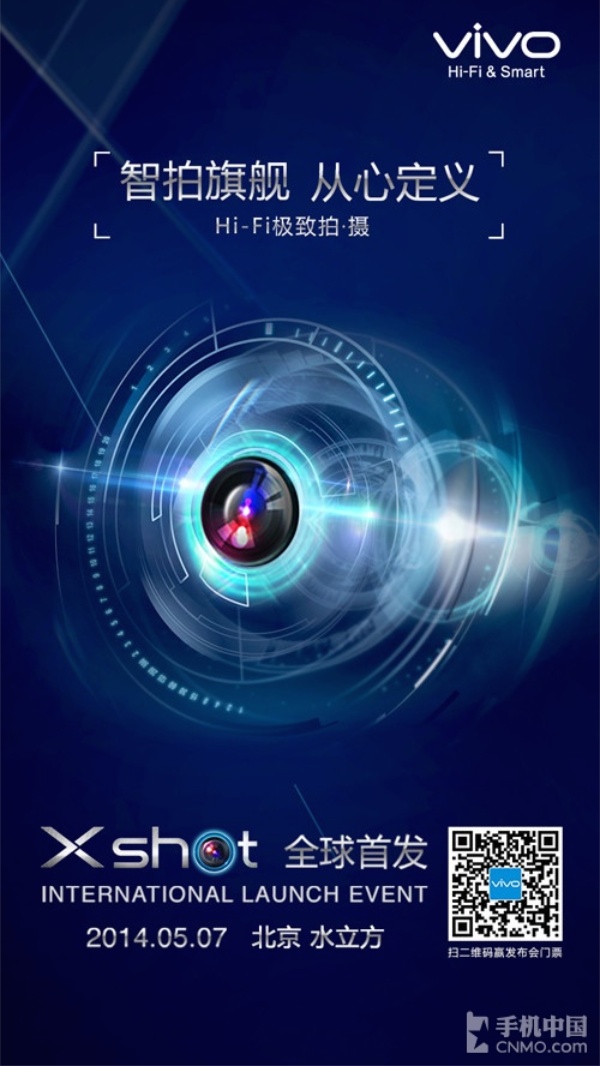 We’ve been hearing a lot lately about the Vivo Xplay 3S as it was one of the first smartphones to be introduced with a QUAD HD display. Today we have some news about another new phone from the company, the Vivo Xshot. This device has broken AnTuTu benchmark records and we now know that it will launch on May 7th.

The Xshot will be a high-end smartphone, and AnTuTu benchmark results that recently came to light showed a score of 40,023, the first time that the 40,000 mark had been crossed. That generated plenty of interest in the phone and now May 7th has been reported as the day the Xshot will be officially revealed.

Unofficial specs of the Vivo Xshot include a 2.5GHz Snapdragon 801 quad-core processor, Full HD display, 3GB of RAM, and 32GB of internal storage. If you enjoy photography with your smartphone then there’s more, as the Xshot has a 24-megapixel rear camera with aperture of f/1.8 for good low-light shots, and a 7.68-megapixel front-facing shooter.

At present it runs Android 4.3 but by the time of release this could have been updated to Android 4.4 KitKat. Hopefully we’ll hear all of the confirmed details including price and release date on May 7th, which just happens to be the day that the Huawei Ascend P7 will also be unveiled.