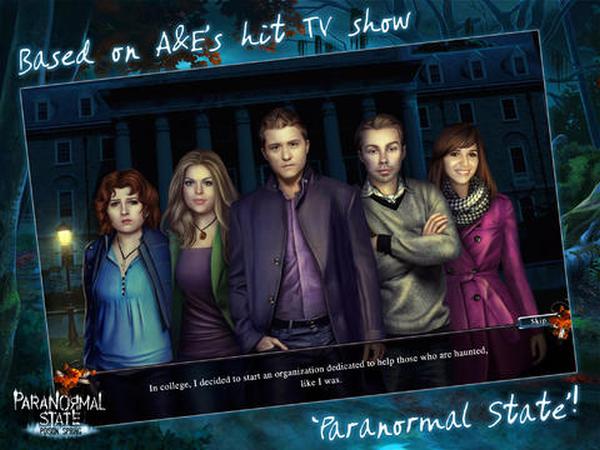 We get to see a variety of mobile applications that become available that accompany big movie releases or TV shows, and today we have news of the Paranormal State Poison Spring iPad game that has been released and already comes highly rated.

This new game is the official offering for the hugely popular TV series Paranormal State, and is a new hidden object adventure game for owners of the Apple iPad. It will see you team up with the much loved ghost hunters as they investigate a scary supernatural event that has taken place at the Poison Spring State Park.

There are also some mini games and hidden object scenes packed into the game that will help keep you entertained for hours, and there are full voice acted cut scenes along with a story that inspired the hit TV series. Users that have already been playing the game have given it many positive reviews.

Paranormal State: Poison Spring 1.0.1 is free and available worldwide on the App Store for iPad owners running iOS 7.0 or later and a full game unlock is available for Â£4.99/$6.99.

Are you a fan of this TV show?