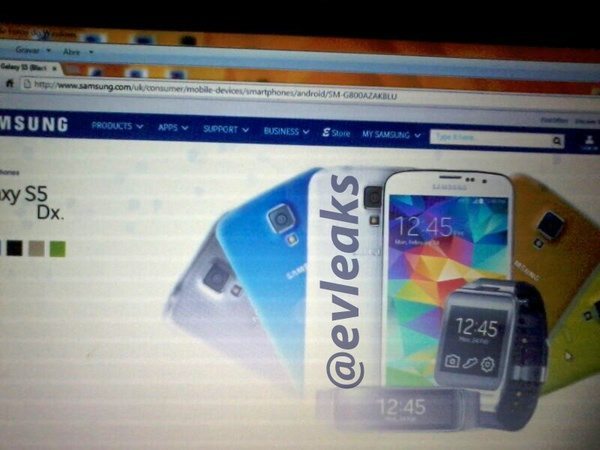 Some unconfirmed specs for the S5 mini have previously emerged, and just last week we saw the device shown on a Samsung Finland official support page as the expected model number SM-G800. Now reliable leaker @evleaks has posted an image that appears to have come from a Samsung UK web page, giving us a look at the handset at last.

Phone Arena noticed that entering the URL shown in the image now leads to the main page of the site so it looks as though the address is no longer valid. If this is the real deal though, it doesn’t appear that the mini version of the S5 will features a heart rate sensor.

Color options shown are black, blue and white as with the Galaxy S5, but also orange and green versions. However, no gold model is shown in the image. Another interesting snippet lies in the Dx at the end of the title, which could possibly signify a deluxe version.

Of course we’ll point out that we have no way of verifying whether the image is authentic or not, although it does come from a very reliable source. Are you hoping that Samsung announces the Galaxy S5 mini soon?