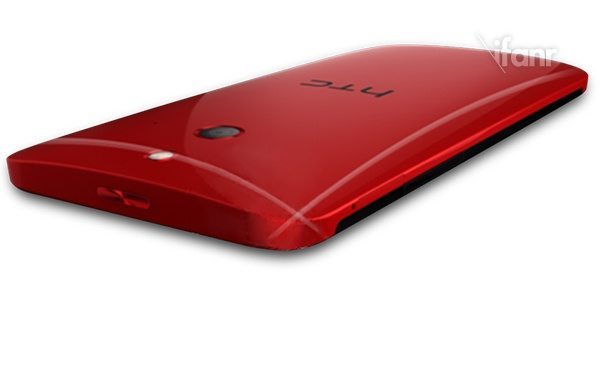 We’ve been hearing rumors of a plastic version of the HTC One M8 for some time, and at the end of last month we showed readers a leaked image purporting to be of the device. The device has been dubbed the M8 Ace (or One M8 Ace), and now a new HTC M8 Ace image has emerged.

This new image is claimed to show the rear of the device and is in higher resolution than the previous look at the phone. The M8 Ace is rumored to have a less premium build than the One M8 and cheaper price tag, but still have specs that will rival the Samsung Galaxy S5.

Unconfirmed specs we’ve heard of so far include a 2.5GHZ quad-core Snapdragon 801 processor and a 5-inch display with Full HD resolution. The handset in the image has more curvature than we might have expected and it looks as though the 4-megapixel UltraPixel Duo camera will not be making an appearance this time.

While we cannot verify whether this is the real deal at this stage, it does have some credibility, especially as HTC recently posted a nice teaser on its Twitter page about “beautiful curves coming soon.” Do you like the sound of the HTC M8 Ace?