Micromax Unite 2 A106 benchmarks and comparison 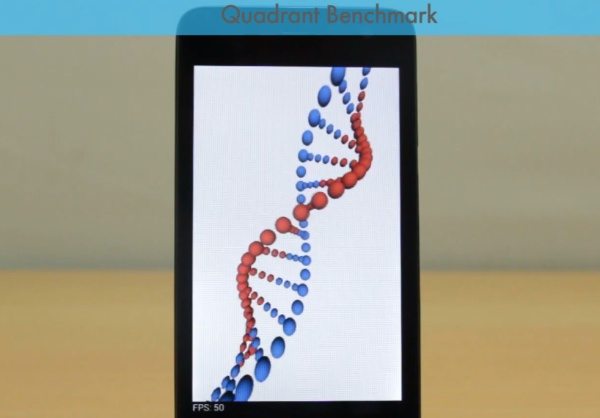 The Micromax Unite 2 A106 smartphone recently launched for India and there will no doubt be a lot of interest in this affordable device. Today we have a video to share of Micromax Unite 2 benchmark testing, and you can see the results of each test, as well as where the score places it among many other smartphones.

We’ve already shown an unboxing and overview video of the Unite 2 as well as written a comparison of the Unite 2 vs. Moto E. Below this story you can view a YouTube video from Fone Arena that shows a variety of benchmarking tests. The tests performed are GFX Benchmark, NenaMark, Basemark OS II, AnTuTu Benchmark, Vellamo, Quadrant Benchmark, Basemark X, and Linpack.

After each test is conducted on the Unite 2 you’ll see the score followed by a table comparing it to the results from other devices. Some of the other devices used for comparison include the Xolo Q1100, Motorola Moto G, Lava Iris X1, Micromax Canvas Turbo Mini, and Micromax Canvas Doodle 2, and there are others listed too.

As an example of what you can expect, in the NenaMark test the Micromax Unite 2 topped the table followed by the Moto G, Xolo Q1100, and then Lava Iris Pro 20. In the Vellamo testing though, the Unite 2 is much further down the table in sixth position with the Xolo Q1100 at the top.

If you’re interested in the Unite 2 we’ll remind you of the specs of this device. It’s powered by a 1.3GHz quad-core processor with 1GB of RAM and 4GB of internal memory, expandable to 32GB via microSD. It has a 4.7-inch Bright Graph IPS display with 800 x 480 resolution, a 5-megapixel autofocus rear camera with LED flash, 2-megapixel front-facing camera, and 2000 mAh battery.

It’s a dual SIM device and connectivity includes 3G, Wi-Fi, Bluetooth and GPS, and it has a nice bonus in the form of the Android 4.4.2 KitKat operating system. One of the highlight features is the Reverie Multilingual Pack offering regional language support for up to 20 languages plus English, and the official price of this phone is Rs. 6,999. Check out the video below for the full benchmark results and let us know if you will be purchasing the Micromax Unite 2?