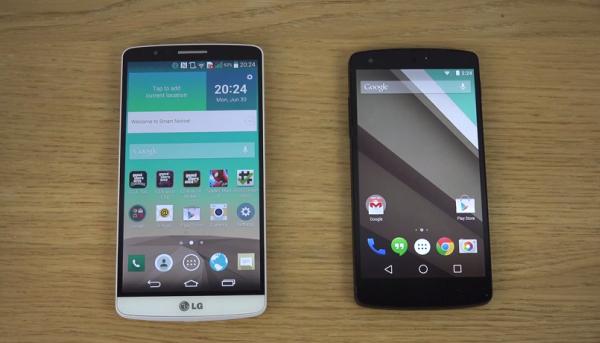 Users of the Android platform are now looking forward to yet another version of the operating system becoming available in the coming months, but today we have a review video with the LG G3 vs. Nexus 5 running Android L.

The newly designed Android L operating system isn’t expected to be released to the public until later this year, but in the meantime developers have been provided a preview of the operating system to test out.

Today we have a YouTube video that features Android L running on the Nexus 5 which begins by comparing the build quality of the two smartphones, and notes that the Nexus 5 feels like a toy compared to the LG G3 but is still well built.

After talking about the specifications of the two devices we start to see some of the new features of the operating system on the Nexus 5 that begins with the camera application. The two different versions of multi tasking are demonstrated before we are shown the boot down and lock screens.

Check out the rest of the video and tell us what you think of Android L so far but it has to be remembered this is not the final version that will eventually be released to the public.