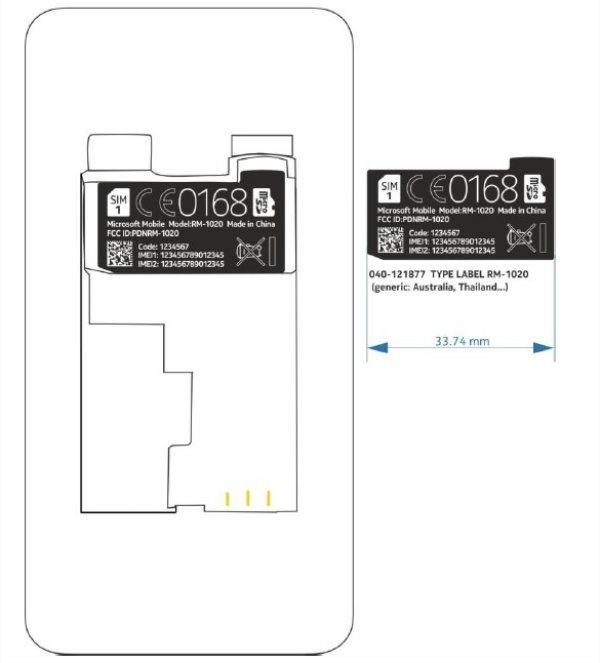 We’ve seen several signs now of a Nokia Lumia 530 smartphone that has yet to be officially announced. This is thought to be a successor to the hot-selling Lumia 520 and Lumia 525 and we recently saw a purported leaked image of the device. Today’s news is that the Nokia Lumia 530 Dual SIM release is closing in, following an appearance at the FCC.

Back in May we informed readers of a benchmark spot for an unnamed Nokia device with model number RM-1027, thought to be the Lumia 530. This suggested some specs that included a display resolution of 800 x 480, Adreno 305 graphics, and Windows Phone 8.1 as the choice of operating system. Following this there were rumors that a device dubbed the Nokia Rise could be a version of the Lumia 530 for T-Mobile USA.

Now it’s reported that the dual SIM version of the Lumia 530, with model number RM-1020, has been certified by the FCC. It’s often the case that once a device receives FCC certification we see it officially launched before too much longer, so this is a good step forward as far as a release is concerned.

Some measurements of the phone on the FCC filing are given as 119.7mm x 62.3mm, very close to the dimensions of the current Nokia Lumia 520. Despite this, it’s thought that the Lumia 530 will have a 4.3-inch display rather than the 4-inch screen of the 520 and like the 520 there will be no front-facing camera. The dual SIM, dual standby connectivity is indicated by it having two IMEI numbers.

Are you waiting with interest for Nokia to officially unveil the Lumia 530 and Lumia 530 dual SIM?