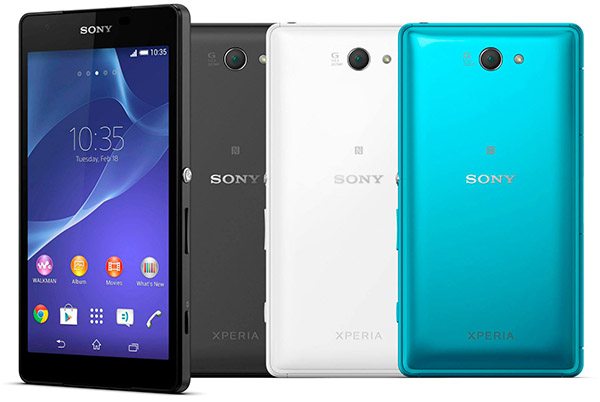 If you often find yourself grabbing selfies, then the Sony Xperia C3, announced yesterday, should definitely be a phone on your watch list. The manufacturer calls it “the selfie phone”, and the way Sony is trying to appeal to all selfie aficionados is by adding aÂ aÂ five megapixel wide-angle camera on the front, which is also equipped with a “unique soft flash”. However, the Sony Xperia C3 is not the only phone recently announced by the manufacturer, as Sony introduced the Xperia Z2a, currently for Taiwan.

While the Xperia C3 from yesterday isn’t packing flagship-worthy specs, the Xperia Z2a definitely does. Just like its international sibling, the Xperia Z2, the Xperia Z2a packs a fiveÂ inch Full HD display with a resolution of 1080 x 1920, and is powered by a quad-core Qualcomm Snapdragon 801 (MSM8974AB) system-on-a-chip. Helping it out are 3GB of RAM, and there’s 16GB of internal storage for all your space needs (expandable via microSD card). The battery is rated atÂ 3,000mAh, and it is non-removable, thanks to Sony’s water and dust-proof build, with IP55/IP58 certifications. The main camera is still the 20.7 megapixel shooter with the Exmor RS sensor, while the front-facer is just a VGA unit with a resolution of .3 megapixels.

If all these specs remind you of the current Sony flagship, the Xperia Z2, you’re not wrong. Furthermore, the Xperia Z2a is basically theÂ Xperia ZL2, spec for spec, a phone which is exclusive to Japanese carrier au.

The Sony Xperia Z2a will be available in Taiwan in three color options: black, white, and turquoise, and it will set you backÂ NT$ 18,900, which is roughly Â£369, or â‚¬464, or $632. Network operator partners for Sony and its new phone in Taiwan areÂ Chunghwa Telecom, FarEasTone and Taiwan Mobile.

If you’re interested in the phone, you can head over to the source link below (the official Sony Mobile Taiwan Facebook page) where you can find more details, as well as images of the device.

That being said, we’re eagerly waiting for Sony to announce another flagship device, a follow-up to the Xperia Z2 (maybe the Z3), as per the company’s commitment to release a flagship phone every six months.