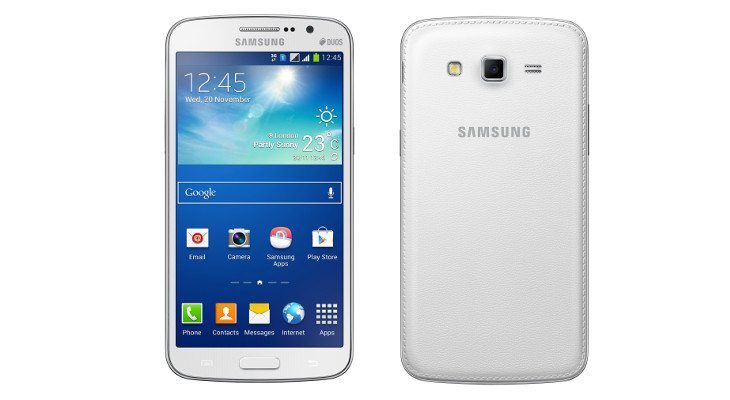 The Galaxy Grand 2 is a popular handset, especially for those in the market for a dual-SIM smartphone that won’t break the bank. If you own the Galaxy Grand 2, and have been waiting on Android 4.4.2 KitKat, you will be thrilled to know that the KitKat update has started rolling out to folks in India this morning.

The Galaxy Grand 2’s KitKat 4.4.2 update has the build number of G7102XXUBNG4, and it brings several new features to the table. This particular update varies by device, so it may differ a bit from the 4.4.2 updates on other handsets, but will offer up improved performance across the board along with several tweaks to the UI. 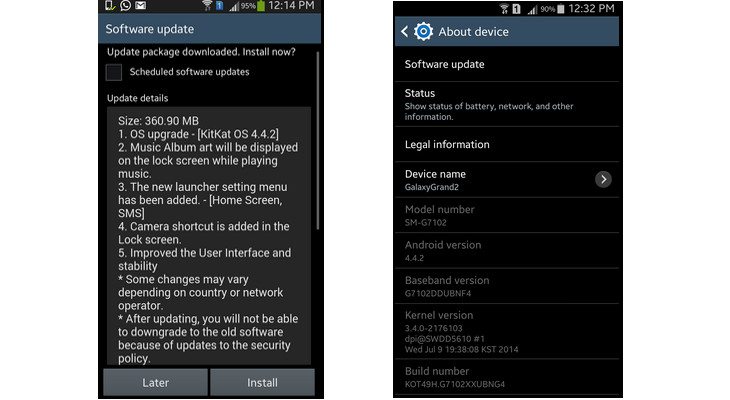 Some of the cosmetic tweaks are minor, but handy nonetheless as you’ll get a new camera shortcut and album art on your lock screen. You’ll also get the cool transparent notification bar, something that was only available through launchers before the 4.4.2 update. As for extra features, how does wireless printing support sound?

The KitKat 4.4.2 update is to roll out on Galaxy Grand 2’s in other regions in the days and weeks ahead. If you haven’t gotten the update yet, you can check the status on your handset in Settings > About Phone > Software Update. If you’ve already completed the upgrade process, you can send your jealous friends a few of your updated emoticons to celebrate.

Has your Galaxy Grand 2 received the KitKat 4.4.2 update or are you still waiting for it to arrive?