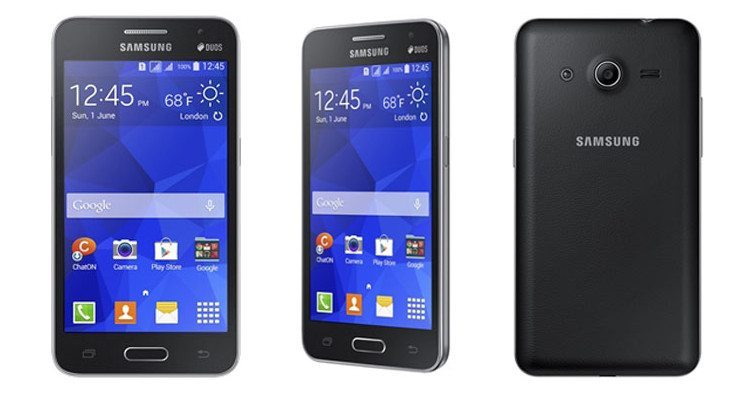 Towards the end of June, Samsung unveiled a slew of devices, and one of them was the Samsung Galaxy Core 2. It’s a mid-range device aimed at emerging markets, and it’s now available for purchase in India for Rs 11,900.

The Galaxy Core 2 is a dual-SIM handset with a 4.5-inch WVGA display coupled with a 1.2GHz quad-core processor. You’ll find 768MB of RAM under the hood to go along with 4GB of storage which is expandable (up to 64GB) via a microSD card slot. The selfies will suffer somewhat due to the VGA camera on the front, but the rear camera kicks it a bit to 5MP.

If you’re looking for a budget smartphone that lets you run KitKat, you’ll be pleased to know the Galaxy Core 2 has you covered as it ships with Android 4.4. It also has an FM radio and all the usual connectivity options including Wi-Fi, 2G, 3G, and Bluetooth 4.0. It’s not the sleekest device around, but it isn’t the bulkiest either coming in at 138g with measurements of 130.3mm x 68mm x 9.8mm.

Samsung has a lot of ground to make up in the budget sectors of India and Asia where Xiaomi and others have already made some fans with their low-priced handsets. The company seems to be off to a good start as the original Core was popular when it launched last summer, and the Core 2 is a cheaper at Rs 11,900 compared to the Core’s launch price of Rs 15,690.

Is the Galaxy Core 2 budget-friendly enough for you, or would you rather spend a little more to pick up a device like the Moto G or Micromax Canvas HD Plus?