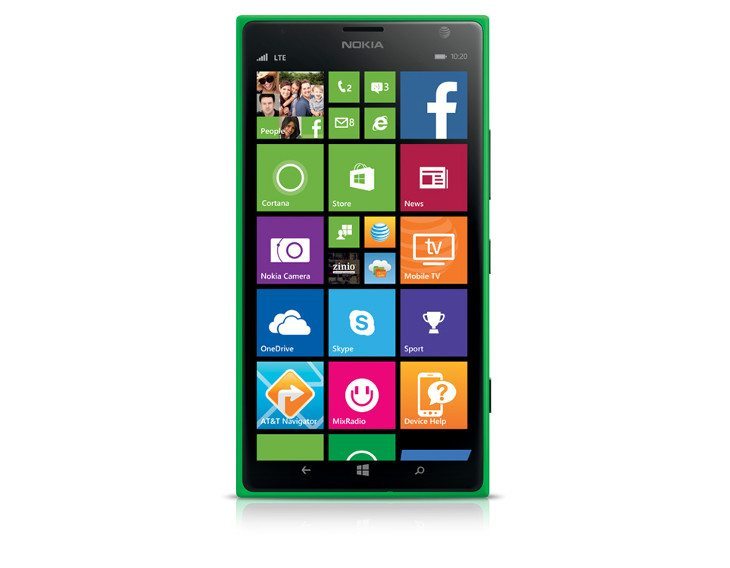 Sometimes smartphone leaks take a while to pan out, and that’s the case with this one. After a long wait, the bright green Nokia Lumia 1520 has touched down at AT&T and it’s bringing Windows 8.1 along for the ride.

Way back in February, @evleaks said a green Nokia Lumia 1520 would relaunch on AT&T with a green color option and Windows 8.1. The famed leaker may have retired yesterday, but that 5-month old leak came true today as a vivid green Lumia 1520 can now be yours at AT&T.Â The Nokia Lumia 1520 may have been out for a while, but it’s still at the top of the heap when it comes to Windows handsets.

The device has a 6-inch 1080p IPS display with 16 million colors and a ppi of 368. The pixels will be protected with Gorilla Glass 2, and under the hood you’ll find a Snapdragon 800, 2GB of RAM and 16GB of expandable storage. A 3400mAh battery will provide the power and you’ll get Windows 8.1 with Cortana. We’d be remiss if we failed to mention that lovely 20MP camera on the back.