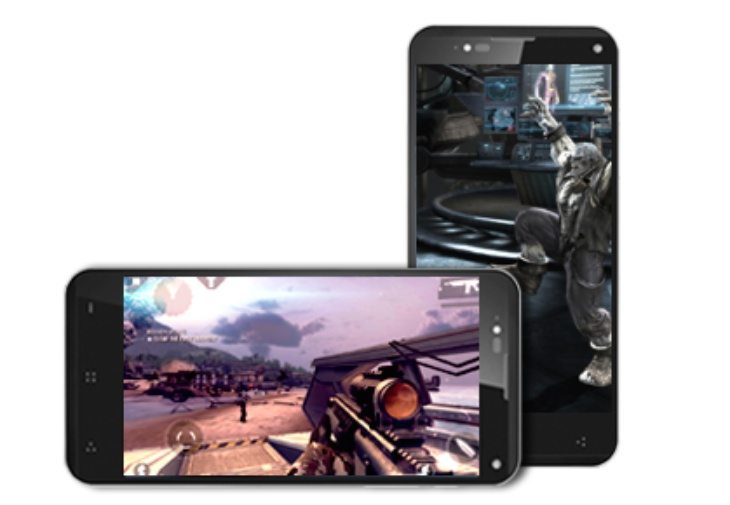 Xolo is a prolific smartphone manufacturer and today we have information about two new additions to their portfolio. The Xolo Play 8X-1200 and Xolo 8X-1000 will soon be available and we have details of the price and specs for each.

A few days ago we informed readers about the budget Xolo A550s IPS arrival, but these two new phones that we have news on today have rather more to offer. We’ll begin with the superior of the two, which is the Xolo Play 8X-1200.

Now we’ll move on to Xolo 8X-1000 (pictured above) specs and these include a 1.4GHz MediaTek MT6592M octa-core processor, Mali 450-MP4 GPU, a 5-inch HD IPS display, 2GB of RAM, and 16GB of internal storage (expandable via microSD). It has an 8-megapixel rear camera with Exmor R sensor, LED flash, f/2.0 aperture, and 1080p video capture, and also a 2-megapixel front-facing camera.

Further specs of this dual SIM phone are a 1920 mAh battery, FM radio and 3.5mm audio jack, and it runs the Android 4.4 KitKat operating system with the new HIVE UI. Connectivity includes 3G, Wi-Fi 802.11 b/g/n, Bluetooth 4.0 and GPS. This phone has just launched and will be available from next week across India, and it has a price tag of Rs. 13,999. You can see more at the Xolo website here.

We always appreciate comments from our readers in India and so we’d like to ask a question. Does the Xolo Play 8X-1200 or 8X-1000 appeal to you?