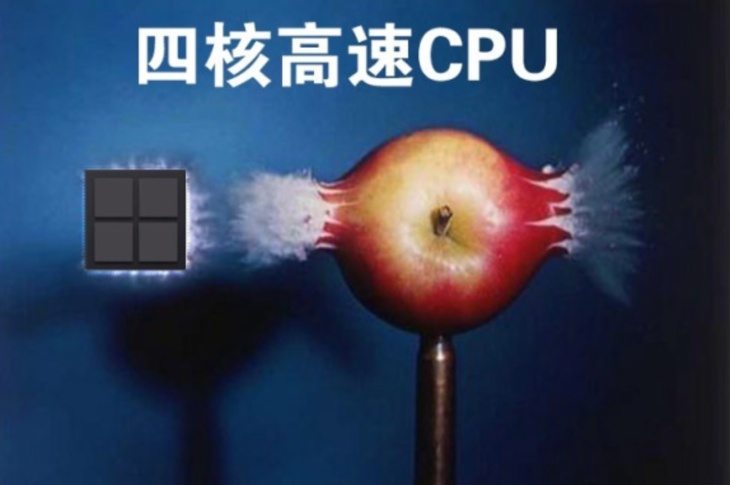 A new Huawei budget smartphone is on the way to the market, and three teaser images have just been released by the company for the Honor 3C Play. They don’t show the actual handset but instead take a pop at Apple, inferring that there’s no need to pay Apple prices for a decent phone. Read on for more about the Huawei Honor 3C Play.

The Honor 3C Play is said to be a lesser-specced version of the Honor 3C. Specs of the 3C Play include a 1.3GHz MediaTek MT6582 quad-core processor, a 5-inch IPS display with resolution of 1280 x 720, 1GB of RAM, and 4GB of internal storage that’s expandable via microSD. It has an 8-megapixel rear camera, and disappointingly runs the older Android 4.2.2 Jelly Bean rather than 4.4 KitKat. 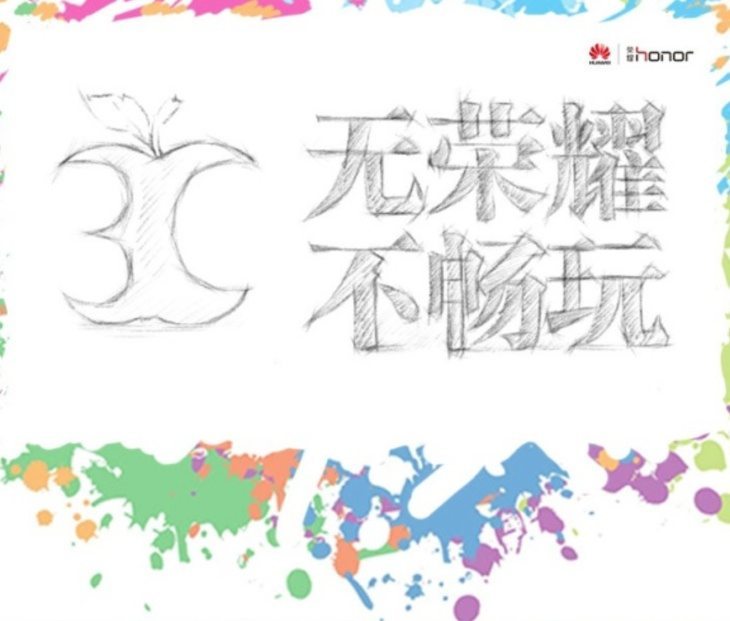 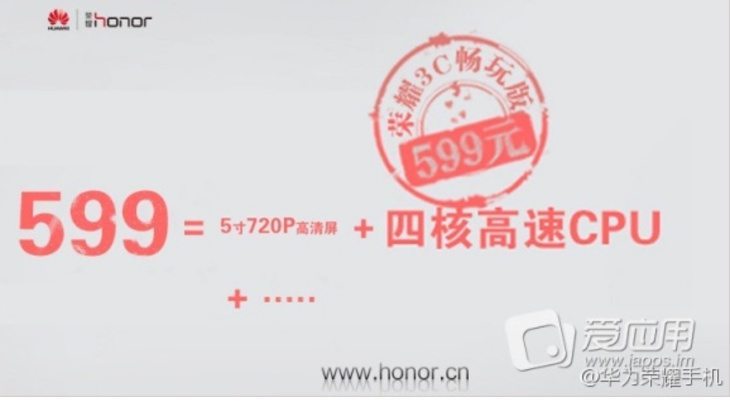 The price of the Honor 3C Play is the real draw here, as it will release at CNY 599, that’s around â‚¬72, Â£58, $97 or Rs. 5,940. There’s no exact release date available yet but we’re informed it will arrive soon for China when hopefully we’ll be able to bring details of availability.

Does the Huawei Honor 3C Play sound like a phone that would interest you with this affordable price tag? We always appreciate receiving your comments, so do send them in.