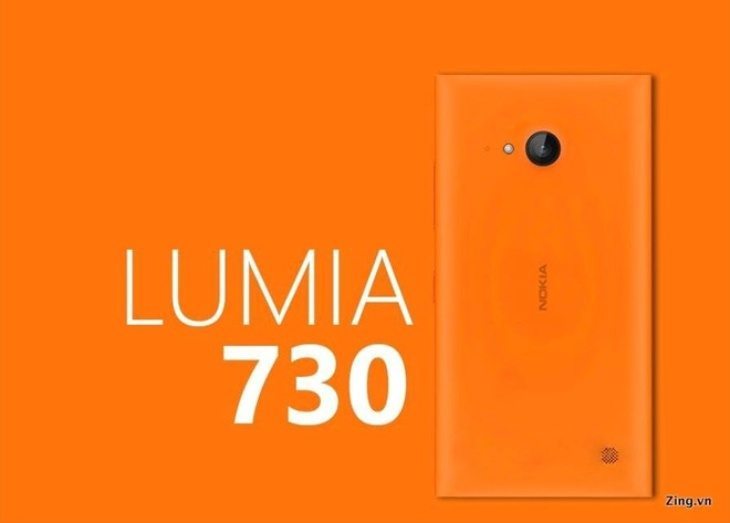 We’ve been reporting on developments concerning the Nokia Lumia 730 smartphone over the last few weeks, and it’s rumored that this Windows Phone 8.1 handset is heading for a late August release. One thing we hadn’t heard about it so far was pricing, but now we have a Nokia Lumia 730 price indicator from a further leak.

This phone has the codename of the Nokia Superman and recently we showed readers a leaked image of the green color version. Then just a couple of days ago we saw an orange version of the dual SIM Lumia 730 pictured.

Now the phone has appeared early on a retailer listing in Vietnam priced at VND 5,000,000. This equates to around $235, Â£140, or Rs. 14,375. We should remember that prices can vary according to region and as Microsoft has not officially announced the phone we cannot confirm the price at the moment.

Other details shown in the listing are a polycarbonate unibody build, and a 4.7-inch display with 720p resolution, and it will be running the Windows Phone 8.1 operating system. All of this information ties in with previous rumors about the device. However, whereas we’d previously expected an 8-megapixel rear camera, the listing shows a 6.5-megapixel unit so we’ll have to wait and see on this one.

Other unconfirmed specs include a 1.2GHz Snapdragon 400 processor, Adreno 305 GPU, 1GB of RAM, 8GB of internal storage, and a 2000 mAh battery. There’s also a 5-megapixel selfie front-facing camera. Are you hoping that Microsoft makes the Nokia Lumia 730 official soon?