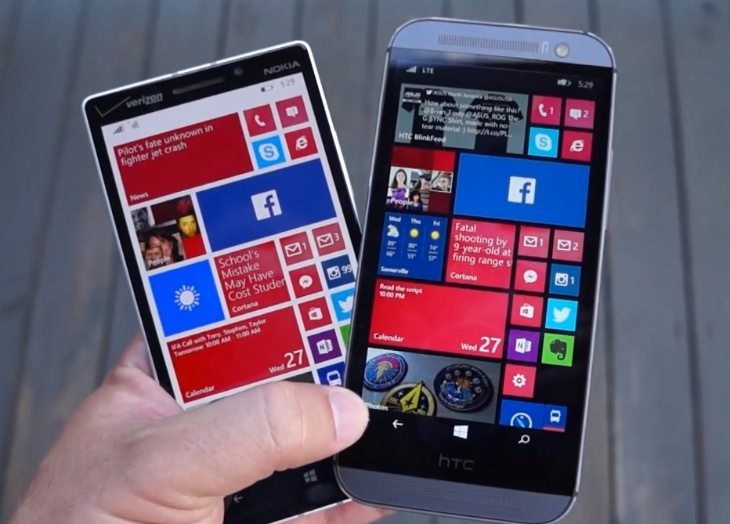 Both of these phones are available from Verizon and are high-end Windows Phone handsets. The Lumia Icon has a 2.2GHz Snapdragon 800 quad-core processor, a 5-inch AMOLED display with resolution of 1920 x 1080 and 441 ppi, 2GB of RAM, and 32GB of internal storage (non-expandable).

It has a 20-megapixel PureView rear camera with Carl Zeiss optics, autofocus, dual-LED flash, optical image stabilization and 1080p video capture, as well as a 1.2-megapixel front-facing snapper. Rounding things off are a 2420 mAh battery and it runs Windows Phone 8 upgradable to Windows Phone 8.1. 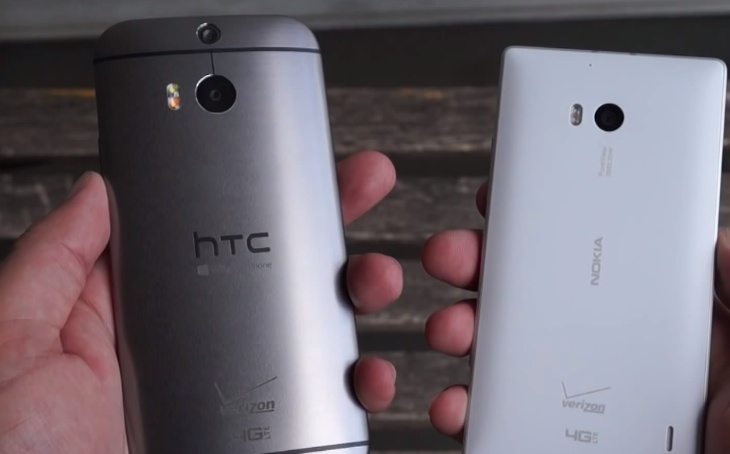 On the other hand the HTC One M8 for Windows is a Windows Phone version of the One M8 Android flagship. It’s powered by a 2.3GHz Snapdragon 801 quad-core processor, has a 5-inch Super LCD3 display with resolution of 1920 x 1080 and 441 ppi, 2GB of RAM, and 32GB of internal storage, this time expandable via microSD to 128GB.

It has an UltraPixel Duo rear camera with autofocus, dual-LED flash and 1080p video capture, a 5-megapixel front-facing unit, 2600 mAh battery, and it runs the Windows Phone 8.1.1 OS. If you want to get a better idea of how these two phones compare you can view a YouTube video that we’ve embedded beneath this story. It comes from the team at Pocketnow and offers a useful look at the Lumia Icon and One M8 for Windows, outlining features and specs.

The comparison review begins with showing the designs and describing how they feel in the hand, and moves on to a hardware tour including details of the displays and more. It continues with the software experiences, cameras (with sample video footage), performance, battery life and other aspects.

Ultimately it’s a hard decision between the two as they are both leading devices, with the biggest difference being the camera capabilities. In the end one is judged to offer more value than the other, but we’ll let you find out the verdict for yourself when you watch the video below. Do you think the Nokia Lumia Icon or HTC One M8 for Windows would best suit your needs?