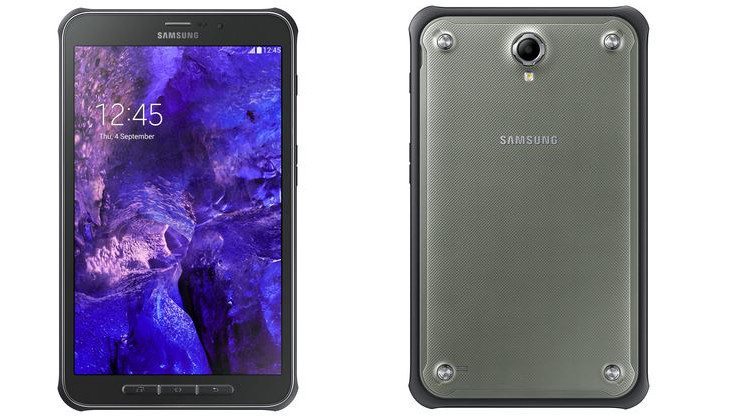 Samsung has put out more Galaxy Tabs than you can shake a stick at, and they’ve just unleashed another one at IFA with the Samsung Galaxy Tab Active. As the name implies, it’s a not a device for couch potatoes.

The Samsung Galaxy Tab Active is geared towards the enterprise crowd or folks that work in harsh environments. It’s “ruggedized” according to Sammy, and that means it carries the IP56 tag which makes it water & dust resistant. This is a first for the company, and it’s a nice to see it coming to their tablet lineup. Expect to see it used on more Galaxy tabs next year.

The Samsung Galaxy Tab Active specs also show an anti-shock covering that can keep the tablet running through a drop of up to 1.2 meters. If that weren’t enough, it features a new version of the popular S Pen dubbed the C Pen, and it’s supposed to be tougher than the normal stylus. Samsung certainly made their Active Tab tougher than their other slates, but you’ll probably be a little disappointed with what lies under the hood. 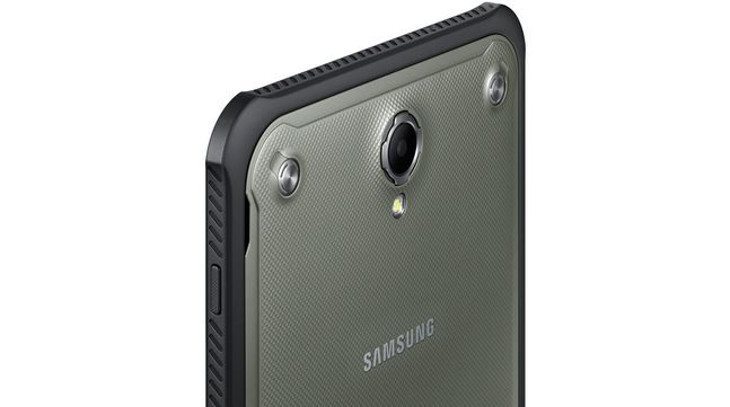 Sammy’s ruggedized tablet will sport an 8-inch WXGA display and is powered by a 1.2GHz quad-core SoC. There’s 1.5GB of RAM to go along with 16GB of expandable storage and a 3.1 rear camera. The Galaxy Tab Active also has a 1.2MP snapper if you want to take a professional selfie, and a removable 4,450mAh will keep things humming along.

Samsung hasn’t revealed the Samsung Galaxy Tab Active price as of yet, and there’s no word on when it will arrive. When it does touch down, it will be available in Titanium Green and will have Wi-Fi, LTE configurations available.