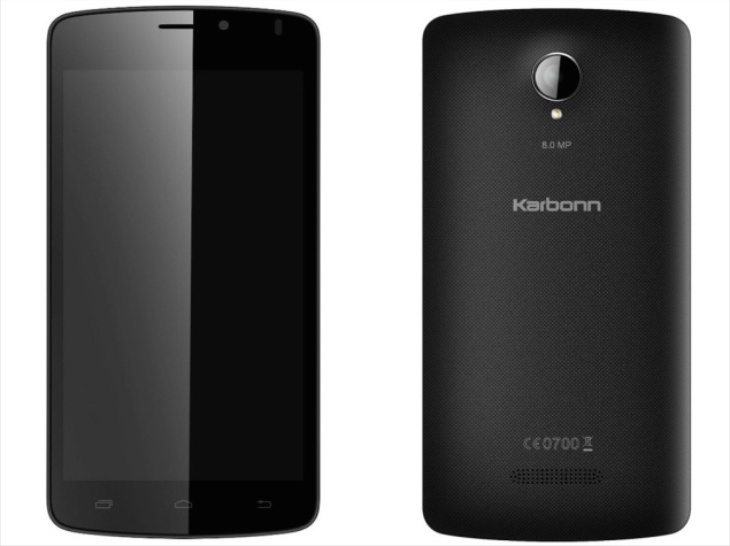 Another Karbonn smartphone is about to join the company’s current portfolio in the shape of the Titanium S10. This is a device aimed at the affordable end of the market and now the Karbonn Titanium S10 price and specs have leaked. Read on for further details ahead.

Although this new Karbonn phone has not been announced yet, it was spotted on an e-commerce site. The phone doesn’t show as being available, but the listing for the Titanium S10 shows the MRP as Rs. 8,490 with a discounted price of Rs. 7,990.

It also contains some Titanium S10 specs and these include a 1.3GHz quad-core processor, a 5-inch IPS display with resolution of 1280 x 720, 1GB of RAM, and 4GB of internal storage that’s expandable via microSD to 32GB. It’s a dual SIM (GSM+GSM) phone with an 8-megapixel rear camera with LED flash, and a 2-megapixel front-facing snapper.

For connectivity there’s 3G, Wi-Fi, Bluetooth, GPS and GPRS/EDGE, and it has a 1850 mAh battery. The phone also has a proximity sensor, G-sensor and ambient light sensor. The phone’s listing on Snapdeal shows it in a black colour, and although we don’t know when it will be available we expect it to be made official before too much longer.

You may also be interested in the Karbonn Sparkle V that we included in our look at newly launched Android One devices a few days ago. Is the unannounced Karbonn Titanium S10 a smartphone that might appeal to you?