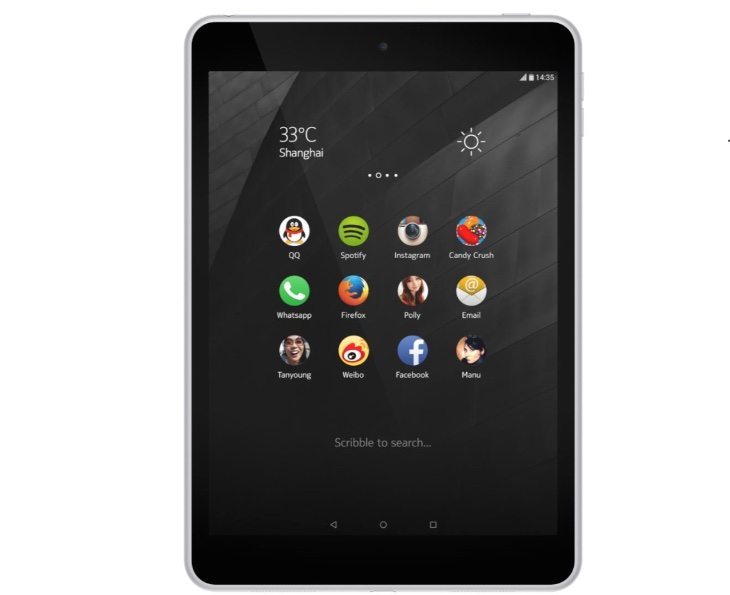 Well this is a story we didn’t see coming! Nokia has just launched a new Android tablet dubbed the Nokia N1. This is an Android Lollipop-running device and we have specs and price news coming right up. Now that the Nokia name has disappeared from Lumia smartphones in favor of Microsoft branding, it’s good to hear about this new tablet.

Connectivity is taken care of with dual-band WiFi 802.11 a/b/g/n/ac with MIMO, Bluetooth 4.0, and microUSB 2.0 that has a Type-C reversible connector. The tablet has a 5300 mAh battery, stereo speakers and runs Android 5.0 Lollipop skinned with the Nokia Z launcher. It will be available in Natural Aluminum or Lava Gray color options in a unibody aluminum design that looks very similar to an iPad mini.

Dimensions of the Nokia N1 are 200.7mm Ã—138.6mm x 6.9mm and it weighs 318g. The N1 is heading for a release in Q1 next year and will arrive first for China with other regions to follow. An estimated price of $249 has been given, that’s without taxes. This approximates to around Â£159, Rs. 15,375, or â‚¬199, although prices will vary by market. For a closer look at this tablet you can view a Nokia YouTube video below this article for a short teaser.

We wonder what readers think about this new Nokia N1 tablet? Be sure to send us your comments to let us know.