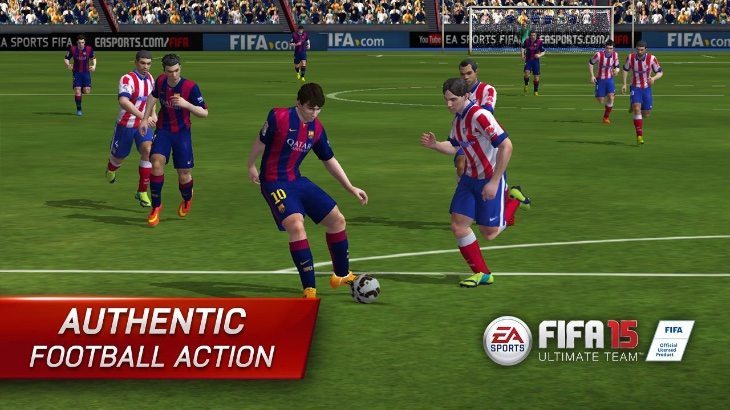 FIFA 15 Ultimate Team should be a great app, and there are plenty of Android and iOS users who feel it’s just that. However, over the months since the app released we’ve been documenting issues reported by users, many of them complaining about EA servers. Every time an update comes along we hope that these troubles will have been smoothed out, but FIFA 15 UT server problems continue to annoy and we continue to receive comments about this from readers.

Earlier this month we informed readers of the latest iOS app version update bringing Club Owner content. Again we hoped that this would also bring further fixes that are desperately needed, but several days on this doesn’t appear to be the case. On December 9th FIFA 15 UT for Android was also updated, but once again since the update people are still reporting problems.

While there are many minor issues being reported, by far the most common complaint regards connection difficulties. For virtually as long as we can remember FIFA 15 Ultimate Team users have been criticizing EA for its server issues, and to be frank we cannot understand how EA still hasn’t got to grips with this. In the last few days since the latest round of updates for the mobile apps, more emails and comments from our readers are still coming in.

For instance one reader said yesterday, “I cannot play my FIFA whenever I “TAP TO CONTINUE” PLEASE HELP ME. I’ve spent a lot on FIFA coins.” Another person commented, “As soon as the “tap to continue” is over, it just crashes. It’s been a week, and it has happened since the update. Please fix asap.” Just today another reader wrote, “What do I do? Just waiting n waiting n waiting again ,,, kinda bullshit !! When I open the game, the screen just loads, but don’t start…..coz it don’t get proper connection at that time,,,, I am freaking out! Wt do I do? Plz help me out.” 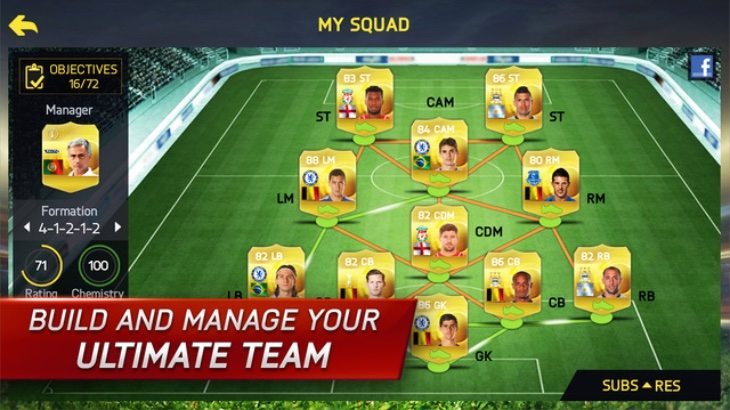 Further comments say, “After I go onto the app it stays on the screen connecting to server, please sort this because I have a very good team and I don’t want to lose it please sort this soon,” and also, “The game was loading fine yesterday. In the morning I woke up and it want connecting. It was just stuck on the loading screen with Messi. Anyone know how to fix it?”

Meanwhile on the App Store description of the iOS app one obviously infuriated commenter wrote, “I struggle to understand why EA sports would release fifa15 when their are so many glitches. After spending weeks building up your team and buying FIFA points, I lost all these items after being locked out of the game because of known issues with connecting to Facebook. After spending another couple of weeks rebuilding my team I was told the Facebook issue was fixed but after connecting I lost all my fifa players and items. It’s sad that EA is allowed to take advantage of their customers like this. Apple should really look into removing this game from the App Store because it is bordering on criminal to have customers play fifa15.”

It’s a similar picture when looking at Google Play user reviews of the app since the latest update. One person wrote, “Poor server makes us wait for a long time. I have a fast and stable WIFI connection yet I need to wait 3-4 minutes to connect the server. The server is a complete disappointment for players who just want to play a match. Fix the server or make it offline better. The server is not stable and have a lot problems with it.” Another Android app user commented, “Don’t download, waste of 1.2GB. I downloaded this game to pass the time while I wait. Turns out it makes me wait longer than I need to. Can’t play offline and the online servers are always down so you end up not playing. EA this game should have been offline only, your servers are not good enough to handle all your clients!”

We could go on an on but we’re pretty sure you get the drift by now. Many users are now only giving the game a 1 or 2 star rating, whereas if EA could fix these issues there would be even more 4 or 5 star ratings. For the size of an outfit like EA it seems inexcusable that the servers don’t seem able to cope, and we wonder how readers feel about this.

Have you also been encountering difficulties playing FIFA 15 Ultimate Team since the latest app updates for Android or iOS, or before? Do you agree that EA needs to pull its finger out and concentrate one and for all on resolving these problems? Drop us your comments in the box below.