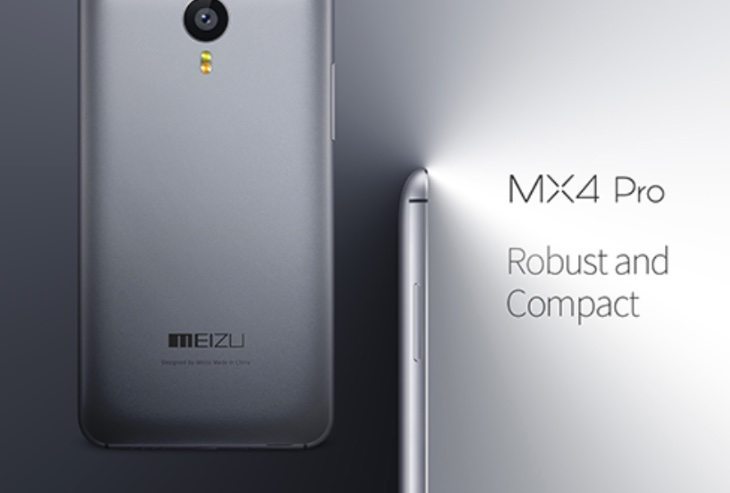 Back in November the flagship Meizu MX4 Pro was made official and we learned it featured a very nice lineup of specs. We knew it was releasing in China this month, but at that stage we didn’t know which other regions it might launch in. There’s good news today if you liked the look of this phone as we now have details of the Meizu MX4 Pro price and worldwide shipping availability.

The MX4 Pro has gone up for sale on Chinese site OppoMart, so wherever you are in the world you can now get your hands on this phone. The phone launched in gold, gray or white color options, but it’s worth pointing out that at the moment the site only has the gray handset in stock although the other colors may yet be offered. Three storage models were launched, 16, 32 or 64GB options, and OppoMart has the 16 or 32GB versions up for grabs.

The price of the Meizu MX4 Pro from this vendor is $549 for the 16GB model or $599 for the 32GB version. This is a notable handset that is really making some big waves at the moment in its home market, so there could be many other buyers keen to get hold of it as well. Specs include an Exynos 5430 octa-core processor, Mali-T628 graphics, a 5.5-inch IPS display with resolution of 2560 x 1536 and 546 ppi, and 3GB of RAM. 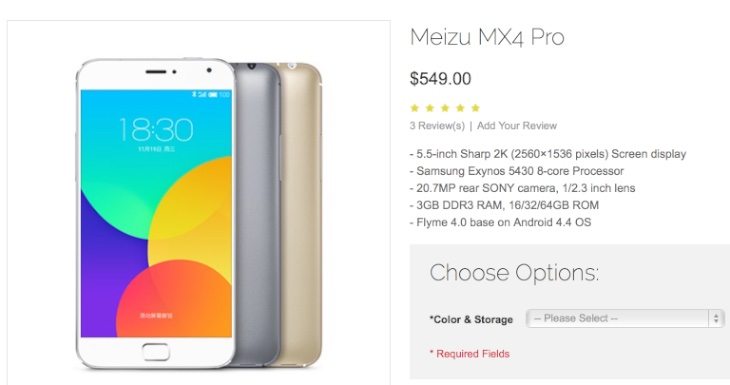 If you want to see more about the phone or order it via OppoMart you can do so at this Meizu MX4 Pro product page where you’ll see world shipping times of 4 to 7 days. In the meantime we’d like to hear your thoughts on this smartphone. Will you be ordering the Meizu MX4 Pro to be shipped directly to you? Let us know with your comments.