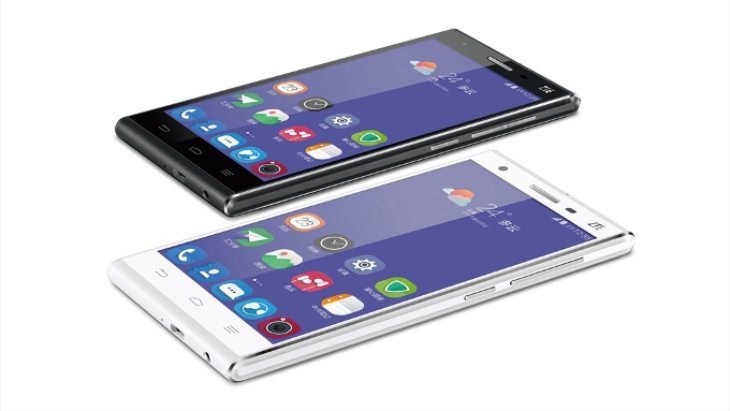 A new ZTE high-end smartphone has been officially launched today. The ZTE Star 2 has some notable specs, and features system-wide voice control for hands-free use. Read on for ZTE Star 2 release and specs details, and of course the all-important price.

The voice control is said to be similar to Motorola’s Moto Voice, although as you might expect ZTE claims its own system is better. The voice features covers functionality such as unlocking the phone, making a call or using the camera, and ZTE states that of the 1000 different patents employed in the Star 2, 158 of those are concerned with voice control. Indeed the company is bigging up this feature so much that it claims this feature has a response time of only 1.2 seconds and works with 90% success rate even when there are difficult noise conditions.

So let’s get to the specs. The Star 2 has a 2.3GHz Snapdragon 801 quad-core processor, a 5-inch display with resolution of 1920 x 1080 and 441 ppi, 2GB of RAM and 16GB of internal storage that’s expandable via microSD. It has a 13-megapixel rear camera with Sony sensor, f/2.0 aperture, and dual LED flash. As well as this there’s a 5-megapixel front-facing snapper with f/2.2 aperture and 88 degree wide-angle lens, 4G LTE support, and juice provided by a 2300 mAh battery.

The phone runs Android 4.4 KitKat skinned with ZTE’s MiFavor 3.0. As far as the design is concerned the phone has an aluminum alloy frame with slim bezels and the handset is just 6.9mm thick. Buyers in China can purchase the Star 2 online from today and it has a price tag of CNY 2,499. That’s equivalent to around $402 or Â£257, although prices may vary for different markets. The company hasn’t yet announced which other regions it will be available in, though we may hear more on this at CES 2015 in January.

Do you like the look of the ZTE Star 2? If this smartphone releases where you are, will you be tempted to buy it? Send your comments to let us know.