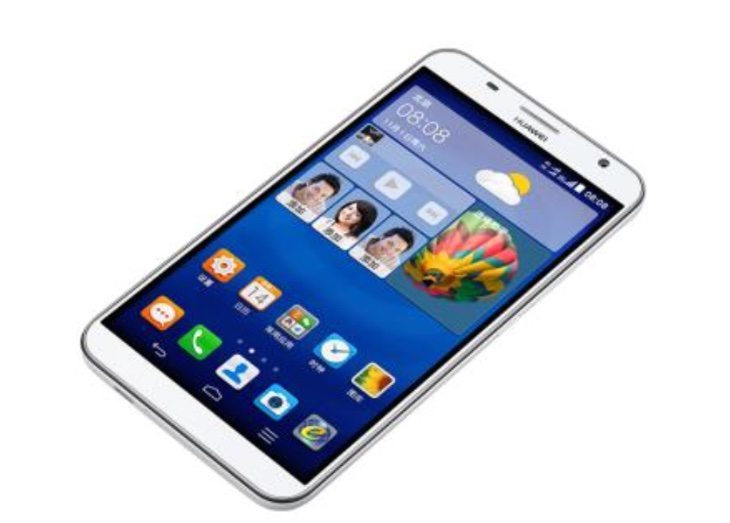 Just a few days ago we reported on some leaked images of an upcoming Huawei smartphone dubbed the Ascend GX1. At that time little else was known about the device but that’s all been blown out of the water now, and the Huawei Ascend GX1 6-incher has now had its price and specs revealed at the launch.

When we informed readers about the leaked images of the Ascend GX1 we thought it looked to be around the same size or a little larger than the Ascend Mate 7 and now we know that it has the same sized display. However, the Mate 7 has Full HD resolution whereas the GX1 only has 720p resolution. Other Ascend GX1 specs include a 1.2GHz Snapdragon 410 64-bit processor, 1GB of RAM, and 8GB of internal storage that’s expandable via microSD.

This phone has an 8-megapixel rear camera with LED flash, a 2-megapixel front-facing unit, and a sizeable 3500 mAh battery, and it runs the Android 4.4 KitKat operating system. It’s a dual SIM handset with LTE connectivity and NFC and it weighs 173g. Its measurements are 161mm x 84.5mm x 9.2mm and it comes in a white color.

The GX1 is now on sale in China from Huawei’s online store at a price of 1590 CNY, that’s around $255 or Â£165. It’s likely that the phone will also release in other regions but Huawei hasn’t specified details of further availability yet. We think the price seems good value for what’s on offer, and it will be interesting to see the first Ascend GX1 reviews appear.

Have you already made up your mind to purchase the Huawei Ascend GX1? What are your thoughts on the price of this new phablet?