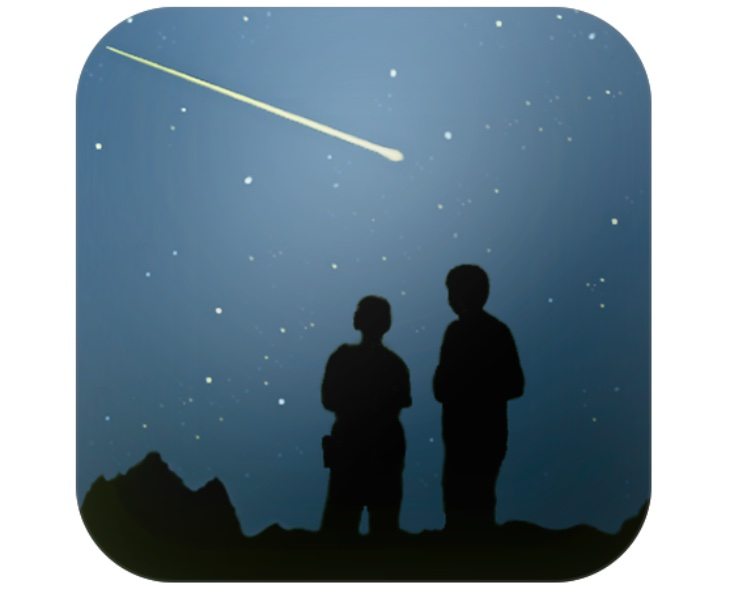 Many night sky observers around the world will be looking out this weekend for the first shooting stars of the year. If you’d like to know about upcoming meteor showers with approximate dates and details of peak times then we’ve rounded up some Meteor Shower apps for iOS and Android devices, and the Quadrantids are the first for 2015.

The Quadrantid meteor shower has a reputation for being fairly short-lived, and if you want to head outside to try to get a look, the peak viewing time only lasts for a few hours. The best time to see the shower in the Northern hemisphere is between Saturday evening and the early hours or Sunday, and one of the best ways you can keep informed about this and other meteor showers is with the use of a mobile app. Simply hit the titles to be taken straight to the relevant Google Play or App Store page to find out more or to download.

The first one we want to tell you about is the Meteor Shower Calendar Free app. This is for iOS devices and gives details of upcoming meteor showers with plenty of information on offer. It includes notifications so that you’ll be automatically be reminded of showers on the way, and the app shows the upcoming sunrise or sunset time at the top. Users can also choose to set a day or night theme and web searches can be conducted from within the app to give more comprehensive info on particular meteor showers. Users of the app will also find out about the constellation and exactly where they should be looking in the sky to catch a meteor shower in action. This is a free app that’s compatible with iPhone, iPod touch or iPad running 7.1 or later. 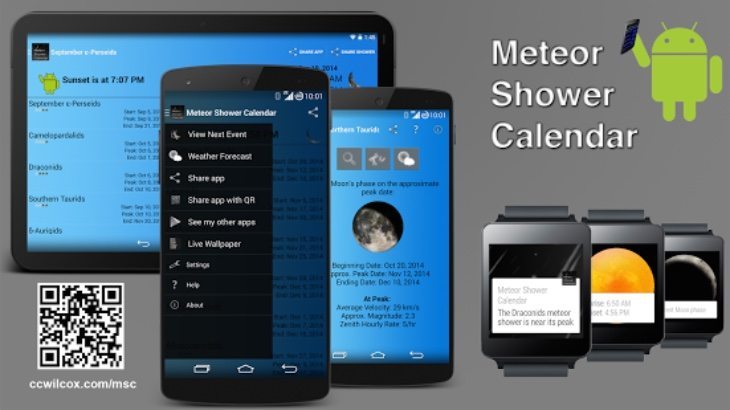 Our next suggestion is an Android app. It’s called Meteor Shower Calendar and is also free. It’s compatible with devices running Android 2.3.3 or later. As you might expect it covers much of the same type of info as with the first app, and an update in November also made the app compatible with Android 5.0 Lollipop and Android Wear devices. The app has high user ratings and some users can benefit from a widget on the home screen of their devices showing the number of days until the next meteor shower as well as the sunrise/sunset times for your location, and the current phase of the moon. The list of showers can be sorted by peak, start, or ending dates, and users can swipe left and right when viewing the details page to see the next or previous meteor showers.

Our final choice is another iOS app and it’s called Meteor Shower Guide. This one is priced at $0.99 /Â£0.69 and is compatible with iPhone, iPad and iPod touch running iOS 7.0 or later. This app describes itself as a ‘complete pocket reference to the annual meteor showers,’ which is a pretty accurate tag. It includes all meteor showers on the International Meteor Organization working visual list and also all showers from the American Meteor Society’s Weak Meteor Showers list. Again it covers many aspects of the first two apps and it also advises users of the affects of moonlight on the meteor shower you want to watch. The catalog also enables users to check out meteor shower conditions for years ahead.

If you decided to go ahead and download any of the above apps we’d like to know if you’d recommend it to other readers (or not), so feel free to send us your comments using the box below. We hope you find at least one of them helpful in finding out peak times for seeing the Quadrantid meteor shower this weekend.