Samsung Galaxy E7 and E5 official for India, plus prices 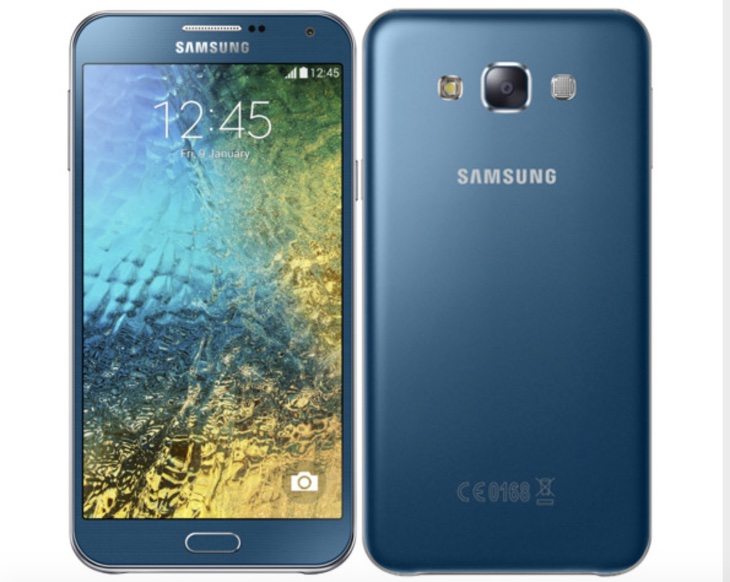 There’s a lot going on in the smartphone market right now, with many more new handsets being announced. Earlier today we informed readers about the launch of the Galaxy A5 and A3 for India, and the Samsung Galaxy E7 and E5 have also been made official for India. We have the details you need of specs, pricing and more.

These new Galaxy E Series phones are aimed at the youth market and they will be available in India from January 20th. The superior of the two is the Galaxy E7 so we’ll begin with detailing the specs. It has a 1.2GHz quad-core processor, a 5.5-inch Super AMOLED display with resolution of 1280 x 720, 2GB of RAM, and 16GB of internal storage that’s expandable via microSD to 64GB. It has a 13-megapixel rear camera with LED flash and 1080p video capture, as well as a 5-megapixel front-facing camera.

The E7 is a hybrid dual SIM device, meaning that the second slot is also available as a microSD slot, and it has a 2900 mAh battery. It runs the Android 4.4 KitKat operating system and measures 151.3mm x 77.2mm x 7.3mm. Connectivity is taken care of with 3G HSPA+, WiFi, Bluetooth 4.0, and GPS. The Galaxy E7 price is Rs. 23,000 and it comes in black, blue or white color options.

The Samsung Galaxy E5 specs include a 1.2GHz quad-core processor, and a 5-inch Super AMOLED display with resolution of 1280 x 720. It has 1.5GB of RAM, and 16GB of internal storage (expandable to 64GB). The E5 has an 8-megapixel rear camera with LED flash and 1080p video recording capability, and a 5-megapixel front-facing unit, and it’s also a hybrid dual SIM handset.

Are you pleased to hear of even more Samsung smartphone choice for India? Do you have your sights set on the Samsung Galaxy E7 or E5? Let us have your comments.