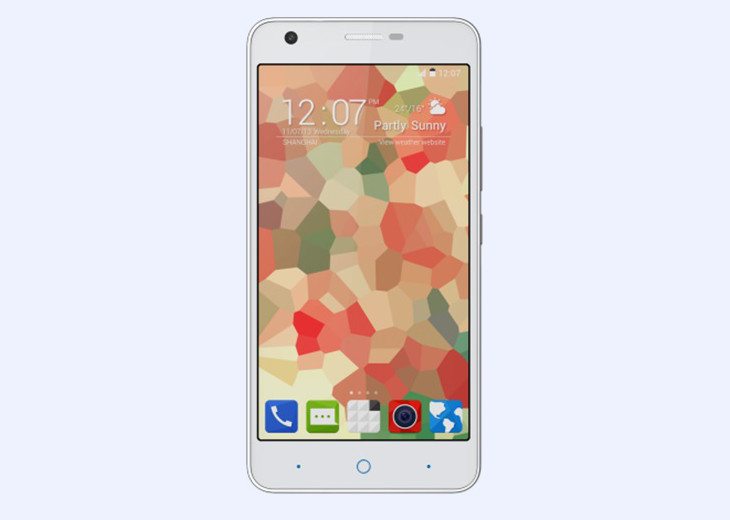 ZTE is a popular brand around the globe, and it’s also a brand we’ve been following closely as they’ve slowly started to offer their handsets in the states and abroad. Today, a new smartphone from the company has appeared online, and it’s called the ZTE G719C.

Last year, we spent a lot of time talking about Snapdragon 400’s and 600’s, but 2015 is going to be a 64-bit year. The ZTE G719C is another new handset with one of Qualcomm’s 64-bit processors, and it will have the 1.5GHz Snapdragon 615 under the hood. It’s faster than your typical mid-range device, and it certainly helps to have 2GB of RAM as well. The screen isn’t too shabby either as you’ll get a 5.5-inch 720p display.

The storage space on the ZTE G719C is listed at 8MP although we’re not sure if it’s expandable. The rear camera is listed at 13MP while the front-facing snapper is a 5MP sensor. Connectivity options include LTE Cat. 4, WiFi, Bluetooth 4.0, and NFC. It’s a dual-SIM handset that will run KitKat 4.4.4 out of the box, and it’s powered by a 3,500mAh battery.

The ZTE G719C appears to be bound for China Telecom at the moment, but that doesn’t mean it won’t show up in India or the states in the near future. No price or release date has been set, but stay tuned and we’ll keep you in the loop on the ZTE G719C.

Would you like to see the ZTE G719C arrive in your country?