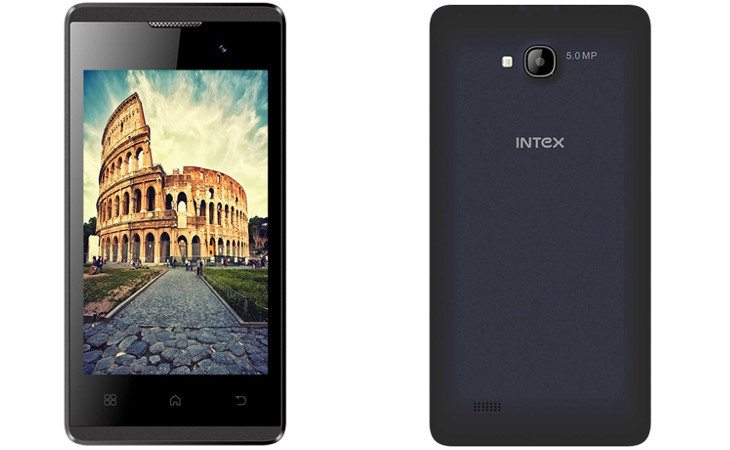 Intex has been quite for the first few weeks of 2015, but yesterday they released a new handset for India. The Intex Aqua A1 specs won’t blow you away, but its price is rather nice at only Rs. 4,030.

Smartphones come in all shapes and sizes these days, and the Intex Aqua A1 clocks in on the smaller side of the smartphone spectrum. The handset features a 4-inch IPS display with a resolution of 480 x 800, and a pixel density of 233ppi.Under the hood, you’ll find a dual-core MediaTek chip clocked at 1GHz, 512MB of RAM, and 4GB of storage.

That storage can be kicked up to 32GB via a microSD card, and you’ll have a 5MP sensor on the front to go along with a 0.3MP camera on the back. The battery is listed at 1,400mAh which is small, but should provide 4-5 hours of talk time. Connectivity options for the Intex Aqua A1 include 3G, Bluetooth, WiFi, and GPRS/EDGE. The A1 will run Android 4.4.2 out of the box, and it’s safe to say you shouldn’t hold your breath for Lollipop.

In terms of specs, the Intex Aqua A1 is one of the weaker budget devices we’ve covered lately, but it is extremely cheap. The Rs. 4,030 price tag certainly won’t bust the bank. The Intex Aqua A1 is listed on Intex’s official site in White and Black if you’re interesting in picking one up.