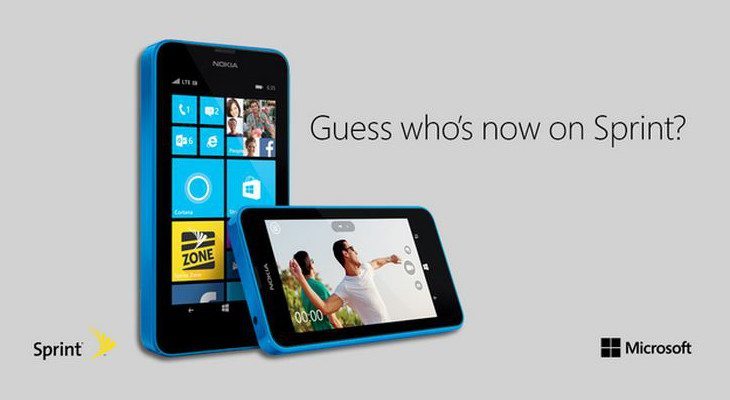 Sprint was rumored to carry the Lumia 635 since early last year, and while it took a while to arrive, the day has finally come. The Microsoft Lumia 635 has finally landed at Sprint, and it can be yours for free with a new 2-year deal.

Sprint doesn’t have a wide array of Windows handsets. In fact, the Microsoft Lumia 635 is the only Windows handset for sale on their site. It’s outstanding news if you’ve longed for a Windows-based smartphone on the carrier, just don’t expect the top-tier specs found on many of 2014s flagships.

The Microsoft Lumia 635 is a true midrange device which means you’ll be getting a 4.5-inch display with a resolution of 480 x 854. The chip is listed as a 1.2GHz Snapdragon 400, and you’ll get 512MB of RAM and 8GB of internal storage to go along with it. Other features to note include a microSD slot, Bluetooth, WiFI, LTE, and a 5MP rear snapper.

As mentioned, the Microsoft Lumia 635 is free if you sign up for a new 2-year deal with Sprint or with a renewal. If you’d rather purchase it outright, the Lumia 635 will set you back $168 or you can to through easy pay for $7 a month for 2-years.