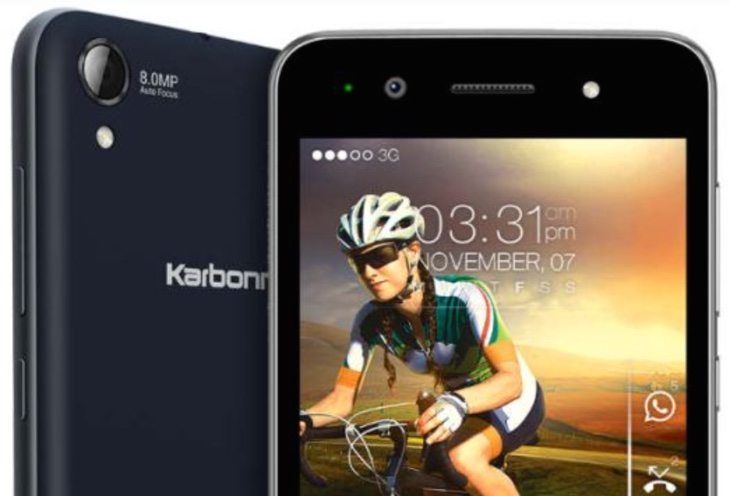 Karbonn has just launched another smartphone in India today with the snappy title of the MachoneTitanium S310. Although this is an affordable handset it includes an LED flash for the front-facing camera, so it would be a good choice for selfie fans. We have Karbonn Machone Titanium S310 price and specs details, and this phone is an exclusive for Snapdeal.

We’ll begin with the specs of this device and it has a 1.3GHz MediaTek quad-core processor, a 4.7-inch IPS display with resolution of 1280 x 720, 1GB of RAM, and 8GB of internal storage (expandable via microSD to 32GB). It has an 8-megapixel rear camera with autofocus, LED flash and BSI sensor, and also a 5-megapixel with LED flash.

Further specs include a 1800 mAh battery, FM radio and 3.5mm audio jack, and connectivity is catered for with support for 3G, WiFi 802.11 b/g/n, Bluetooth and aGPS. It measures 137mm x 68mm x 8.1mm, and it runs the Android 4.4 KitKat operating system, upgradable at some point to Android 5.0 Lollipop.

This is a dual SIM (GSM + GSM) handset and it comes in black, gold, or white color options. The price of the Karbonn Machone Titanium S310 is Rs. 6,990, and the company has partnered with Snapdeal who will be offering it exclusively. It would be good to hear your first thoughts about this latest Titanium series smartphone.

Does the Karbonn Machone Titanium S310 have any appeal to you? We always appreciate hearing from readers so do let us know by sending us your comments.