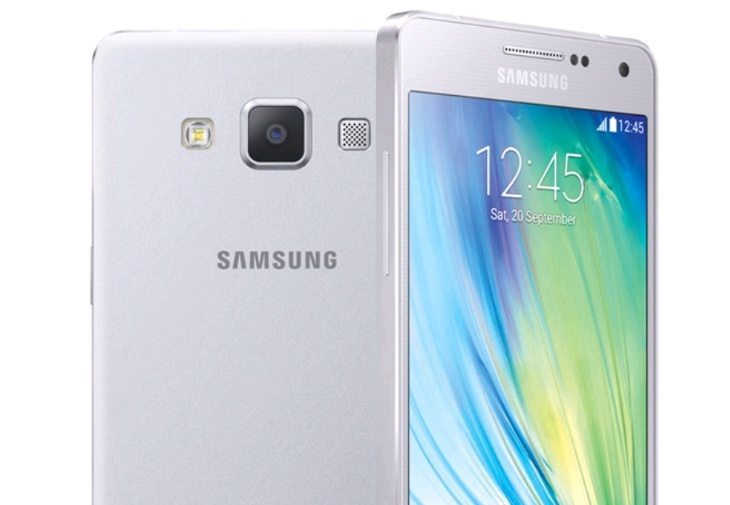 The Samsung Galaxy A5 smartphone is proving fairly popular since its release in December, with one of its major attractions being a metal build offering a more premium look. It’s available across various world regions, and was also recently launched for India alongside the Galaxy A3. If you’re thinking of purchasing the A5 you might be interested in Samsung Galaxy A5 vs. Yu Yureka vs. Redmi Note 4G and others in battery life testing.

Battery life is an increasingly important factor for many buyers who are after a new smartphone, and the Galaxy A5 has a 2300 mAh battery. The device has a 1.2GHz Snapdragon 410 quad-core processor, a 5-inch display with resolution of 1280 x 720, 2GB of RAM, and 4G LTE connectivity, and as the battery is non-removable the juice that it can supply is even more important. Fone Arena has been conducting some battery tests on the A5 and compares the results with other devices such as the Micromax Yu Yureka, Xiaomi Redmi Note 4G and others, and the results make for interesting reading.

The various tests covered talk time, 3G browsing, WiFi browsing, and video playback, and measured times for the Galaxy A5. The results are shown in tables against the results attained for numerous other popular handsets. For talk time the Galaxy A5 only managed 11 hours and 7 minutes, putting it at the bottom of the table. For comparison the Yu Yureka managed 14 hours and nine minutes while the Redmi Note 4G scored a much more impressive 20 hours and 1 minute. However, it was the Gionee Elife S5.5 at the top, and this one attained a notable 25 hours and two minutes. 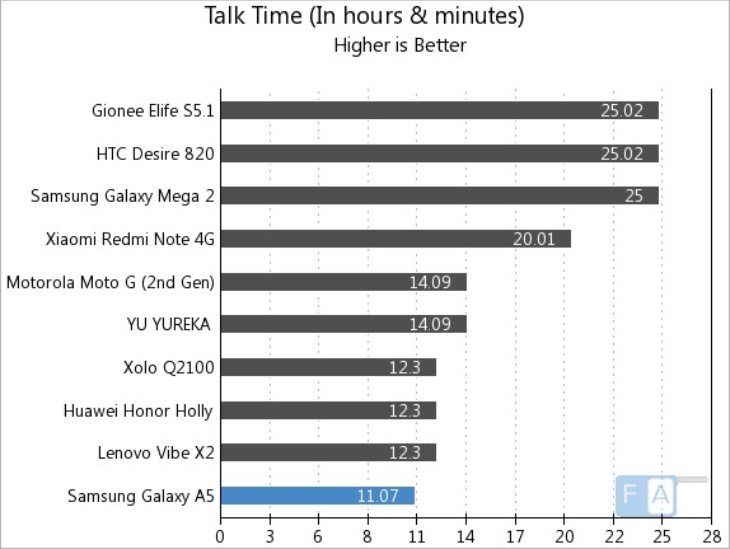 For 3G browsing the Galaxy A5 reached 4 hours and 2 minutes, somewhere around the middle of the table and marginally ahead of the Yu Yureka on 4 hours and 1 minute. The Redmi Note 4G hit the top spot this time though, managing a time of 5 hours and 33 minutes. Moving on to WiFi browsing, this time the Galaxy A5 was below the middle of the table on 5 hours and 2 minutes, compared to the Yu Yureka on 5 hours 15 minutes and the Redmi Note 4G on 6 hours and 15 minutes. This time around first place was taken by the Motorola Moto G 2nd gen on 8 hours and 19 minutes. 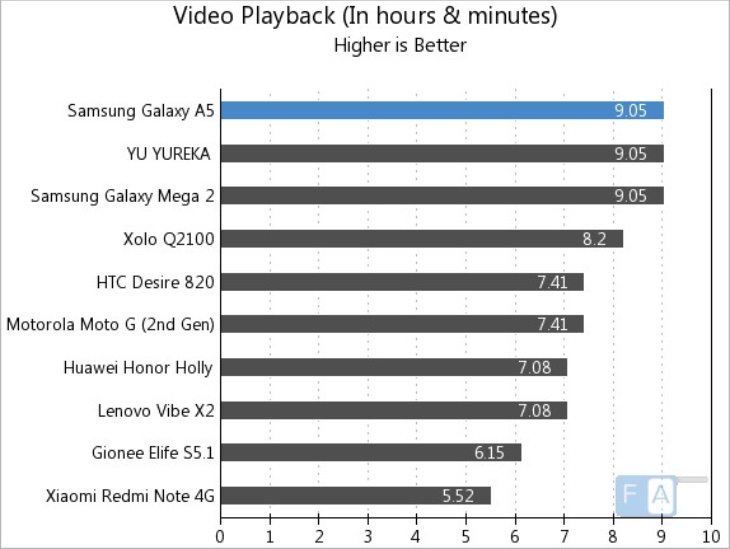 Finally the site tested video playback time. This time the result was very different, as the Galaxy A5 took top spot with the Yu Yureka and Samsung Galaxy Mega 2, all on 9 hours and 5 minutes. The Redmi Note 4G was at the bottom of the table, managing just 5 hours and 52 minutes. We’ve included a couple of the graph images here, but you can see more at the source link below.

Taking all of the above into account, the battery life testing results achieved by the Samsung Galaxy A5 were not overly impressive. However, similar to the Yu Yureka and Redmi Note 4G, it fared better in some areas than others, though it’s worth pointing out that the Samsung Galaxy A5 is notably more expensive than the Micromax and Xiaomi phones. Now you know a little more about the battery life of the Samsung phone compared to others what are your thoughts?

Are you still going to buy the Samsung Galaxy A5? Maybe you’ve decided to purchase the Micromax Yu Yureka or the Xiaomi Redmi Note 4G, or indeed another smartphone altogether on the basis of this battery life testing? Let us have your comments on this.