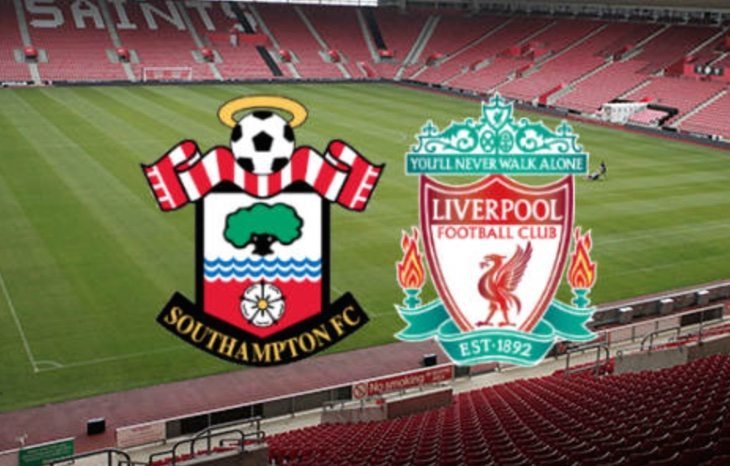 One of the Premier League fixtures taking place today will cause a huge amount of interest as Southampton FC take on Liverpool, with only a few points between them on the table. Saints fans will probably already know that Morgan Schneiderlin and Shane Long are both fit to play today, and we have information about a way to get details of the latest Southampton team and lineup news, live scores and more vs. Liverpool today.

Southampton is chasing a top-four finish and fans of the club have had plenty to cheer about so far this season. There’s a handy series of mobile apps called ‘Football Alarm’ and one of the new apps in the series is specifically for Southampton. It’s an uncomplicated app that offers a great way for supporters to keep informed with all the latest about their club.

Southampton Football Alarm — New, Live Commentary, Standings and More for Your Team is the full title of the app, which pretty much tells you what it’s about. This app is free and the opening page always shows a countdown to Southampton’s next match, so for example at the time of writing it’s 6 hours, 16 minutes, 28 seconds…you get the drift! The same page shows the fixture date and kick off time, in today’s case 4:15pm, all accompanied by Southampton chants to get you in the mood and an alarm that will remind you about the start of the match.

Once you enter the app you can take a look at standings, schedules, a Twitter feed (for tons of info and live match updates), and also a very useful news section gathered from many sources and covering team news, match previews, and plenty more. This app offers live scores and results directly to your device, so even if you can’t be there or watching on TV you don’t need to miss a moment of what’s happening.

Current news surrounds what it will be like to see Adam Lallana, Rickie Lambert and Dejan Lovren returning to St. Mary’s after they all moved to rivals Liverpool, while a match preview shows a potential lineup including Sadio Mane, Graziano Pelle and Eljero Elia. We like the Football Alarm apps as they are easy to navigate and don’t try to be all things to all people, and provide all the news in one place rather than having to scour different sources.

The Southampton Football Alarm app for iOS devices released last month and is and available from iTunes. It’s compatible with iPhone, iPad and iPod touch running iOS 7.0 or later. Alternatively you can get the Android version from Google Play where it’s compatible with devices running Android 3.0 or later. The app for both versions is free but if you decide you like it and want a no-ads version you can upgrade to a Pro version at a very small price.

Do you want all the latest breaking news for Southampton vs. Liverpool today? Are you going to check out Southampton Football Alarm to keep informed about the match and future fixtures? Let us know what you think of it by sending us your comments.